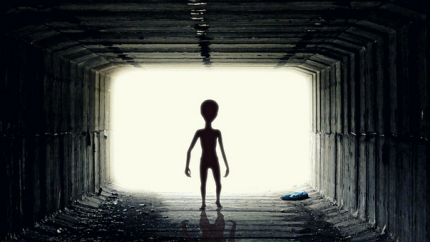 The US government released a much-anticipated report on UFOs in June 2021. While the report didn’t quite say that aliens exist, it surely is an admission that our skies are seeing objects that the Pentagon, the controller of the US defense forces can’t explain. What’s more, these objects are a threat to flight security as they are to American national security.

The Pentagon also set up the Advanced Aerospace Threat Identification Program (AATIP) avoiding making much noise in 2007. It indicates that it has taken the issue of UFOs very seriously indeed. The body has been involved in gathering data about Unexplained Aerial Phenomena (UAP) ever since its inception.

American Government’s Report on UFOs Vindicates The Stand of Believers

The report’s unclassified version mentions that there’s nothing to indicate the existence of “any non-terrestrial explanation” for the various sightings of UFOs. However, significantly, this factor hasn’t been ruled out entirely either. The report has come up with five explanations about the UFOs that are typically mundane. What has raised eyebrows is the crucial catch-all “other” bin.

The “other” bin has stirred the curiosity of stargazers and believers in conspiracy theories. Since the US military has been discreetly investigating UFOs since 2007, and with the Pentagon’s official report not dismissing the possibility of extraterrestrials existing, isn’t it time we relooked the people who made claims of close encounters as well as the incidents as shown in many such tv series and films?

Since the crash of a US Air Force balloon near Roswell in 1947, enthusiasm about UFOs and ETs has found a place in America’s popular culture. A regular weather balloon was assumed to be a UFO and when the US government appeared unsure when trying to debunk those claims, public imagination took wings. We jump to 1961 when things turned sensational with Barney and Betty Hill narrating the first alien abduction story the world got to hear.

Professor of Psychology at Rutgers University, Andrew Abeyta, the co-author of We Are Not Alone is a study that delves into why some are eager to believe in the existence of aliens. Abeyta’s explanation suggests that believing in aliens is quite like having faith in religiosity when one stands on unfounded beliefs and unfalsifiable ideas. It requires a leap of faith with people trying to find meaning in their lives—the beliefs reassure them that something bigger exists and that something important is going on.

Is it a Feeling of Being Special that’s Behind Claims of Close Encounters?

Daniel Lavelle, writer on mental health, social care, and homelessness who received the Guardian’s Hugo Young Award in 2017 tells Abeyta about an interview he took of a young man in Florida who didn’t want to be named. The young man shares an experience of a strange encounter he had in his sleep. When Lavelle probed the youth and asked what he wanted the truth to be—merely a vivid dream or a real encounter, the young man was candid enough to admit that he would prefer it to be true as it would mean him being “special.”

Abeyta explains that being the protagonist in a story of alien abduction may feel like “a meaningful achievement, an accomplishment.” It’s this feeling of having accomplished something that makes one feel special—the probable real reason behind claims of close encounters. The feeling that the unexplained experience is indeed an alien abduction gives a feeling of excitement and it appears to carry more weight than a natural explanation does.

Alien Abductions Are A Sensitive Topic

The topic of alien abductions remains a sensitive one. Daniel Lavelle experienced an unpleasant realization of this fact. He had called up author Whitney Strieber who, some people claim was a victim of a non-human abduction in 1985. On hearing that Lavelle hadn’t read his books, Strieber hung up. An offended Strieber wrote in an e-mail that he didn’t know whether he was abducted by aliens or not.

Strieber says that the main intention of his work was to describe what he had experienced and understand it. Strieber alleges that he was turned into “alien abductee Whiney Strieber by the media.” He claims that his position was never to claim an alien abduction and that he was misunderstood.

After a patch up with Strieber, he introduced Lavelle to the highly decorated former US Navy cryptologist Matthew Roberts. He was sailing on the aircraft carrier USS Theodore Roosevelt when pilots made recordings of the infamous “Gimbal” and “Go Fast” videos from their fighter jets. They featured unexplained objects streaking through the skies off Florida’s coast in 2015. This incident was a major reason why the Pentagon released its UFO report.

Witnesses Remain Firm in their Claims

Roberts, who has now retired from the US Navy, remains unfazed in the face of doubts voiced by debunkers. Roberts claims that multiple sensors made by different manufacturers picked up the unexplained objects. All of them glitching together in the same way simultaneously is just not possible. “It just doesn’t happen that way,” claims Roberts.

No matter what the debunkers say, now even the Pentagon has conceded that the thought of UFOs existing does deserve due attention. The Pentagon says in its nine-page report that the UAPs were caught on multiple sensors that included sophisticated radars, weapon seekers, infrared, electro-optical, and visual observation as well. Therefore, there was certainly something out there, which remains unexplained.

The Pentagon report, which is an admission that there certainly are unexplained objects in America’s skies, has boosted claims made by believers. While to some extent, the feeling of being special works behind claims of close encounters, the Pentagon’s report begs the question—can we afford to be dismissive about these claims. Again, the unidentified flying objects were caught on many sensors coming from different manufacturers. Could all of them go wrong at the same time? These questions are yet to be answered convincingly, which adds to the mystery and enigma of UFOs and aliens. 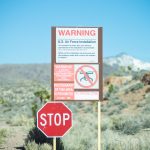 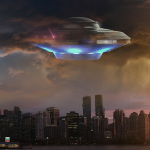