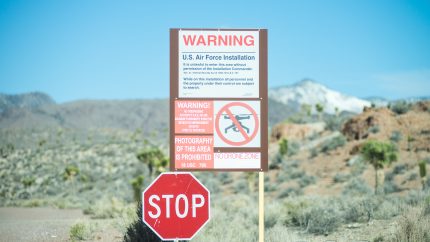 Among the many approaches of investigations into unidentified flying objects, the extraterrestrial hypothesis (ETH) is one. It proposes that some of the many UFOs spotted can be best explained only as them being spacecraft manned by extraterrestrial life. The extraterrestrial life is in the form of non-human aliens. They may also be alien probes launched by the inhabitants of other planets that have come on a visit to earth, missions that are unmanned.

While the ETH has failed to find many takers in the expert committees, there are a few scientists and engineers with J. Allen Hynek being the most notable among them who conclude that a few of the UFO reports considered most reliable do give concrete indications that extraterrestrial visitors did exist. Hynek is an astronomer with the Northwestern University in Evanston, Illinois and he was involved in the projects Sign, Grudge, and Blue Book. Hynek is also the founder of the Center of               UFO Studies (CUFOS) which is continuing investigations into UFOs.

The Advanced Aviation Threat Identification Program (AATIP), a secret project that was launched in 2007 and continued until 2012. It was another prominent American study on UFO sightings. The AATIP’s existence was made public only in 2017 December. It reported that the US government-owned alloys and compounds seemingly acquired from fallen UFOs are unidentifiable. However, many scientists have reacted to this claim with skepticism.

Apart from the investigations carried out in the US, it’s only Canada that has maintained official records of UFO sightings that are more or less complete. In 1968, these records were transferred to the Canadian National Research Council from the Canadian Department of National Defense. These records contain the details of about 750 sightings. The United Kingdom, Greece, Australia, Sweden, and Denmark have maintained records as well, albeit less complete. The CUFOS and the Mutual UFO Network in Colorado’s Bellvue still maintain logs of UFO sightings the public reports in the United States.

Things were different in the Soviet Union. In the USSR, secret tests of military rockets prompted claims of UFO sightings. In a tactic aimed at hiding the true nature of the tests, the Soviet authorities at times would encourage a general belief in the public that these rockets were extraterrestrial vehicles. However, the Soviets realized later that even those descriptions by the public were revealing too much information about the tests. Even in China, UFO sightings have largely been the result of military activity kept hidden from the public.

How UFO Sightings and Alien Abductions Have Been Explained?

There are wide variations in UFO reports as far as their reliability is concerned. The variations were influenced by factors like the number of witnesses, the weather, and illumination conditions during the observation. If the witnesses were free of any influence by others and the sighting direction, observations could have been different. What has been a constant in all the sightings claimed by witnesses, whether the objects are considered to be of extraterrestrial origin or military aircraft is the fact that they have all been under intelligent control. Experts have drawn this conclusion as the objects were seen to be flying in formations with sudden unnatural motions. A lack of any noise, strange shapes, and variations in color or brightness have further corroborated this notion.

We all realize that the naked eye can play tricks. The planet Venus, which appears in the form of a bright light does appear to be moving often. Even astronomical objects appear a bit spooky, as they seem to follow you around. Optical illusions and physiological needs of humans to make interpretations of images about their please can explain many UFO sightings. Some of the sightings have indeed been accepted as hoaxes. Besides, sightings on radars, though more reliable in certain aspects, don’t manage to differentiate artificial objects from meteor trails, rain, ionized gas, or atmospheric thermal discontinuities.

Events of contact, like abductions, are often associated with UFOs. It’s because they are attributed to extraterrestrial visitors. Psychologists investigating the phenomenon dispute the reliability of ETH as a reasonable explanation of abductions. They feel that the common phenomenon, sleep paralysis might be the reason behind these claims as it causes immobility in people for a while also creating a feeling that someone’s watching them.

The Mystery of Area 51

Area 51 is surely one of the strangest places on our planet. This area has triggered stories about flying saucers and extraterrestrial creatures. Your imagination takes flight at Area 51, which is located right in the middle of the state of Nevada. Area 51 is at the root of a subculture that has people firmly believing in out-worldly elements emanating from this territory.

It was in 1989 that Robert Lazar achieved overnight fame after giving an interview on a Las Vegas radio station. He claimed that he worked at the mysterious Area 51 and knew about all the covert happenings there. Lazar made a sensational claim that Area 51 is an out-of-bounds place where extraterrestrial elements are studied. Lazar also claimed that Area 51 was home to many alien aircraft. This interview marked the first time when Area 51 was brought to the notice of the public.

The first official reference to Area 51 came in 2013 when the then president, Barack Obama made a passing mention at the Kennedy Center while joking. The fact that a president mentioned Area 51 did not escape public notice and made people believe even more strongly that the area did exist.

The world of UFOs continues to intrigue us. The theory of the existence of extraterrestrial visitors does find some takers. However, further scientific studies into UFOs have largely attributed the sightings to optical illusions or imagination. Abductions find an explanation in the phenomenon of sleep paralysis. The aura around UFOs is further enhanced by the belief that Area 51 exists, a claim made by Robert Lazar in 1989. With an American Airlines pilot claiming to have spotted a UFO as recently as 21st February 2021 over New Mexico, the enigma of UFOs continues to mystify us. 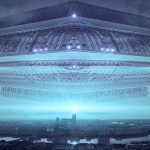 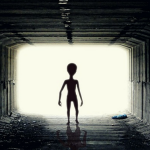