The Starchild Skull is a human-like bone skull independently radiocarbon dated at 900 years old (+/- 40 years). It is unlike any other skull that has ever been found or presented for inspection. It is unique in the world.

From extremely shallow eye sockets to total lack of frontal sinuses, the Starchild skull’s physical traits cannot be accounted for by any known combination of deformities. The bone itself has a biochemical signature more like tooth enamel than bone, unlike anything currently known. And inside that unusual bone are microscopic fibers and a red residue that so far defy explanation.

Lloyd initially thought the skull’s unusual physical characteristics must be the result of some kind of deformity, but he soon learned no technically valid explanation for it existed. The most unusual features of the skull include bone that is half as thick and heavy as normal human bone but is significantly more durable; fibers and residue within the matrix of the bone; and an abundance of skull deformations that would be fatal in any normal human. The Starchild Skull is unique in every significant aspect.

In 2010 a modified “shotgun” DNA recovery technique successfully recovered numerous coherent base-pair segments of the Starchild Skull’s nuclear DNA. They were analyzed by the National Institutes of Health BLAST program, and a substantial portion of the Starchild’s nuclear DNA was found to have “no significant similarity” to any DNA previously found on Earth. This is historic!

Then, in 2011, the same technique was used to analyze the Starchild Skull’s mitochondrial DNA . The results were impressively different from anything expected in a human. 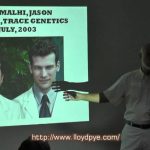 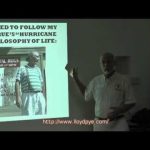