Lloyd Pye keeper of the Starchild Skull arrives in London, this is the first conference of his British tour in 2012.
DNA PROOF THAT THE STARCHILD SKULL IS ALIEN: A Layman’s Explanation by Lloyd Pye

In Brief: In 2011 the geneticist working on the Starchild Skull discovered that its mtDNA (the part of DNA passed only through the maternal line) was radically different from human DNA.

The maximum number of mtDNA differences between all humans is 120. The Starchild Skull has between 800-1,000. This is a partial result, but it is enough to be definitive: the Skull’s mtDNA is not human.
Special thanks to Belinda McKenzie for making this historic event possible. 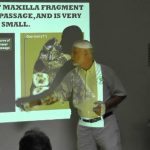 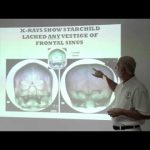