The Epic of the Anunnaki – Alex Teplish ( The justBernard Show RADIO )

( GIC Production ) Ancient Legends, myths, and religions from around the world have spoken of gods and angels, not always in the spiritual sense, but actual flesh and blood beings interacting with mankind. Many of these ancient cultures had vast knowledge of mathematics and astronomy, attributing their knowledge as being handed down from the gods. Who were these god-like beings, known to one of the oldest civilizations, the Sumerians, as the Anunnaki? This two-part story starts with an amazing discovery in the present day that takes us back hundreds of thousands of years. Follow the Anunnaki on their ancient astronaut journey From Nibiru to Earth and their interactions with humanity’s genesis.
Join Bernard as he welcomes author of “In The Beginning – The Epic of the Anunnaki”, Alex Teplish for a riveting discussion of his new book and topics relating to the Anunnaki.
Listen to The justBernard Show LIVE Tuesday’s at 2PM ET on Revolution Radio Studio A :

Learn more about this topic at:

The Global Illumination Council programs are made possible with the assistance of your generous donations or consider becoming monthly Pledge Sponsor or a Member of the GIC: 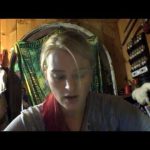 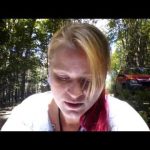