Sikhism: 5 Things To Know About The Sikh Religion

In light of the tragic shooting at the Wisconsin Sikh Temple, HuffPost Religion offers this brief introduction to Sikhism in hopes of increasing understanding and appreciations for this great world religion.

Sikhism is the fifth largest religion in the world with a population of upwards of 30 million worldwide. There are an estimated 250,000 Sikhs in the United States having first arrived in the late 19th century.

Below are five basic facts about Sikhism:

1. Belief: Sikhism is a monotheistic religion, and the basic Sikh belief is represented in the phrase Ik Onkar meaning “One God.”

2. History: Sikhism was founded in the Punjab region in India in the 15th century by Guru Nanak Dev. Sikhism broke from Hinduism due, in part, to its rejection of the caste system.

3. Scripture: The primary source of Scripture for Sikhs is the Guru Granth Sahib, regarded as the living Guru, after the final Guru in human form, Guru Gobind Singh, passed away.

4. Place of worship: A Sikh place of worship is known as the gurdwara. The word gurdwara means “doorway to God.” Men and women normally sit apart in the gurdwara. Traditionally there is no official clergy within the Sikh tradition. Over time however, priests have become more commonplace. Many gurdwaras employ priests to conduct services, while many others are run entirely by members of the local congregation.

5. The Five Ks: The Five Ks are the articles of faith that Sikhs wear as ordered by the 10th Guru, Guru Gobind Singh. Most Sikhs wear one or more of the articles but only Sikhs who have taken amrit, a ritual analogous to baptism, wear all. They include:
Kesh, or unshorn long hair, which is protected by a dastaar, or turban. The dastaar is worn by men and some women to cover their long hair. But most women keep their hair long and uncovered, except for when entering a gurdwara.
A kangha is a small wooden comb meant to keep the hair combed twice a day.
A kara is an iron bangle to be worn on the hand used most.
A kachera is a specific undergarment for men and women.
A kirpan is a short dagger. 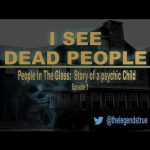 I See Dead People-True story of a psychic child
Previous Post
Book launching: Atlantis, the lost city is in Java Sea
Next Post 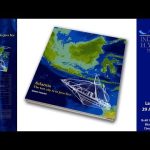