Further evidence people all around us that look human are not, and due to witnesses like Cathy O’Brien I believe we as a race are getting used, with terrible crimes of rape, murder, torture, mind control, and the perdition of humans is going on as we speak, and those people in underground prisons or on Mars would urgently plea with us to not be complacent, but raise the alarm, and expose these creatures which actually feed off humans like we eat cattle. You may not think this is real, or think you could not do anything about it, but if you were suddenly looking at being tortured and eaten, you would change your mind quickly to: We have to stand up and fight. This movie “Aliens” was one of my favorites growing up, an icon of my youth so you know I did not hate movies, but to suddenly discover all these years later not only are the actors not human, but they are vicious and evil beasts that oppress humans and eat them, has been shocking and dismaying to my whole sense of reality. I cannot believe more people have not woken up out of the hypnosis society these beings have created to keep us asleep, and start fighting by first providing evidence that these non-humans are real. The best way to do this is video. 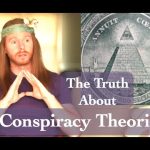 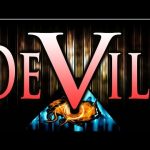