A team of American maritime archaeologists have reportedly located a 14 foot long giant human skeleton among ancient ruins in the Aegean Sea, some 220 km south-east of Greece.

This general location – near the island of Santorini – has of course long been considered as a possible resting place for the legendary sunken island of Atlantis.

Could it be… that Atlantis was a city of giants?

Is this finally irrefutable proof for the existence of giant peoples on Earth?

…And, AND, have we also found the famous Lost City of Alantis, under the Aegean Sea!?

What an absolutely incredible pair of discoveries!

We thank you all very much for participating in this remarkable event – a celebration of history, science and discovery,

Oh, as always, please remember that this is an entertainment — and sometimes comedy/parody — channel! (So please don’t take things too seriously as the video you’ve just watched is possibly a fake or at least grossly exaggerated.) 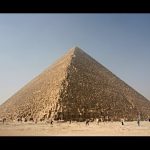 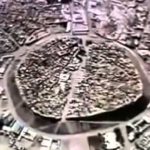