How Humans Could Live On Saturn’s Moon Titan

Titan, the cloudy moon of Saturn, is one of the least hostile places (for humans) in the outer solar system. It has lakes of liquid methane, and even weather.

Titan has no water, but some scientists wonder if life based on methane might live on Titan.

Titan has a dense atmosphere of 95 percent nitrogen and 5 percent methane at 1.5 times the air pressure on Earth. Titan’s atmosphere is unbreathable, but if you were standing on Titan you would not need a pressurized space suit, only a breathing mask and protection from the cold. [See amazing photos of Titan]

From the surface of Titan, Saturn would appear to fill one-third to one-half of the sky.

Gravity on Titan is about 14 percent that of Earth, or just a bit weaker than the gravity of Earth’s moon. The average surface temperature on Titan is minus 290 degrees Fahrenheit (minus 179 degrees Celsius). Titan’s orbital period is the same as its day, so Saturn would appear fixed in Titan’s sky over the hemisphere of Titan that faces the planet. 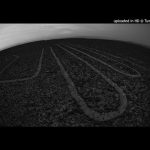 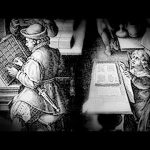