Are we about to hear that ancient ruins have been found in Antarctica? Is there an Alliance working to defeat the greatest threat humanity has ever faced on earth? Could the Antarctic Atlantis be part of a full or partial disclosure?

Join David Wilcock on a thrill ride of discovery, beginning with Part One where he presents data on the Secret Space Program and shares the stage with legendary insider Corey Goode. This is the best public summary David and Corey have done of this amazing story that has captivated the UFO community.

Part Two begins at the 53-minute mark, with David connecting the dots between intel from multiple insiders to arrive at a stunning conclusion — that we are on the verge of major new releases of information that will transform everything we thought we knew about life on earth.

A civilization of “Pre-Adamite” giants with elongated skulls appears to have crash-landed on a continent we now call Antarctica some 55,000 years ago.

Various groups we collectively call the Alliance are working to defeat the Cabal / Illuminati / New World Order, thus making the headlines crazier by the day.

If the Alliance succeeds, their plan is now to begin the disclosure process by telling us there was a civilization in Antarctica. We are already seeing multiple, compelling hints of this in corporate media.
Find out what the insiders are telling us and help spread the word!

This is a two-and-a-half-hour excerpt from David’s Friday and Saturday presentations at the Conscious Life Expo 2017. In their original form they run six hours. David also spoke for three hours on Monday, presenting an incredible new model of the Cosmos based on sacred geometry — and proving that the Sun is going to release a DNA-transforming burst of energy in our near future.

Reposting this video is stealing, so please share the link with your friends but do not re-upload it anywhere else. Our team does issue takedowns and it could lead to the loss of your channel.

Please help us by subscribing to this channel! Sign up at to be notified of new articles and videos upon release, and to get free gifts and Ascension updates from David as they become available.

Thank you for your support! 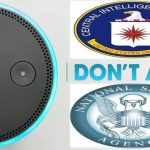 The Amazon Echo Is Spying On You, Shuts Down When Asked About CIA, NSA
Previous Post
CIA is always listening (Amazon Alexa)
Next Post 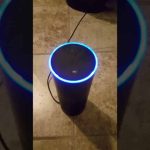