A neutron-star collision
—————————————
– Astronomers just proved the incredible origin of nearly all gold, platinum, and silver in the universe
-For the first time, astronomers have detected a neutron-star collision.
– The collision produced a radioactive “kilonova” that forged hundreds of Earths’ worth of platinum, gold, silver, and other atoms.
-The discovery solves a longstanding mystery about the origins of heavy elements.
-Platinum and gold are among the most precious substances on Earth, each fetching roughly $1,000 an ounce.
-On Monday, scientists who won a Nobel Prize for their discovery of gravitational waves, or ripples in the fabric of space, announced the first detection of the collision of two neutron stars.
-Albert Einstein first predicted the existence of gravitational waves a century ago, but he didn’t believe they’d ever be detected because of their extraordinarily weak energies.
-Metzger was among the first to seriously explore the physics of how this could happen
-He said neutron star mergers are a “messy process” that spill some of the stars’ guts into space, like “squeezing a tube of toothpaste” and having it shoot out of both ends. The collisions also accelerate thrown-off particles to a fraction of the speed of light while heating them to 10 million degrees.
-Their observations of the recent kilonova revealed a striking amount of materials created just one second after the collision: roughly 50 Earth masses’ worth of silver, 100 Earth masses of gold, and 500 Earth masses of platinum.
-The gold alone is worth about 100 octillion dollars at today’s market price, according to Metzger, or $100,000,000,000,000,000,000,000,000,000 — a 1 followed by 29 zeroes.
“In some sense, this is the next big undiscovered country for gravitational waves,” Brown said. “But we’re only at the beginning of gravitational-wave astronomy, and we’ve been rewarded with these incredible discoveries.” 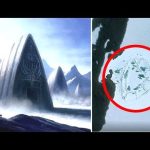 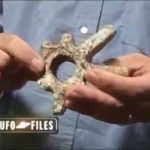