From the largest water reservoir powered by an actual black hole to a face on Mars is it real or an optical illusion see the photos!

7. The Pillars of Creation
Located in the Eagle Nebula at around 6,500-7,000 light years from Earth, these pillars of interstellar gas were originally photographed back in April of 1995 but the following image that you see is a recreation photo that was taken in 2014. It was given its name because when the photo was taken the pillars were in the middle of creating new stars. Space really is magnificent.

6. Jupiter’s High-Resolution Images
It was back in August of this year that NASA’s Juno spacecraft reached the largest planet in our solar system and sent back high-resolution images of the planet’s surface during its flyby. The photos revealed some of the clearest pictures ever taken of the planet but they also showed some strange findings. Scientists were able to see strange weather activity and evidence of even stranger storm conditions taking place. When viewed in infrared light, Jupiter’s northern pole is actually bluer than any other part of the planet. This may suggest that the planet’s clouds are at a higher altitude than what was once believed.

5. An Ionized Protoplanetary Disk
Otherwise known as a Proplyd, an ionized protoplanetary disk is “an externally illuminated photoevaporating disk” that forms around a very young star when the star’s molecular cloud gets to a certain size, density, or mass the cloud then begins to collapse under the weight of its own gravity. The entire process can take up to 100,000 years. What you see in the following photo is the Orion Nebula that is located in our galaxy, the Milky Way, and it was recent that the Hubble Space Telescope captured this image that shows proplyds and planetary disks forming inside of it.

4. The Boomerang Nebula
From Earth to the Boomerang Nebula you’d have to travel just about 5,000 light-years which might not seem like a lot but it is when you consider that one light-year equals oh roughly 6 trillion miles. So yeah, that’s a lot. If that wasn’t enough to deter you, then you should know that this is also the coldest place in the entirety of the universe. The mercury located inside the cloud of gas reaches a temperature of up to -458 degrees Fahrenheit and while the cloud expands at a speed of 367,000 miles per hour the nebula gets cooled. It’s the same type of principle with how the tetrafluoroethane chills a fridge.

3. The Pulsar J1311-3430
For those of you that don’t know, a pulsar is just a highly magnetized neutron star that produces a powerful beam of electromagnetic radiation. The one that you see depicted in the following image is known as the Pulsar J1311-3430 or more commonly by its nickname: the Black Widow Pulsar and for good reason. Why do you ask? Well, it’s called that because of what it’s doing to its neighboring star. The pulsar’s beam initially peels away layer after layer from the star as they each “dance”. Every 93 minutes the two stars pirouette around one another and the pulsar “eats” each layer which makes it spin faster while giving it more energy. One day, the star will disappear and the pulsar will dance as a solo performer.

2. Galactic Cannibalism
What’s scarier than a person eating another person? How about an entire galaxy going all Jeffrey Dahmer on one of its own kind? Yup, it’s true. Galaxies are able to consume one another through the means of tidal gravitational interactions that most of the time result in a much bigger and irregular galaxy but the occasional elliptical galaxy can still be produced as a result. Do you know what’s even scarier than what was just explained? How about the fact that in about 3 billion years our neighboring galaxy, the Andromeda galaxy is going to end up gobbling up our very own Milky Way. Don’t worry that’s a long time from now and we’ll all be long gone.

1. The Face On Mars
Located in Cydonia, which is in the northern hemisphere of the planet Mars, the “Face on Mars” was captured by the Viking 1 orbiter back in July of 1976. It wasn’t until more than 20 years later that there would be several spacecraft visits to the planet that would help resolve the whole face debate. Images from the Mars Global Surveyor, the European Space Agency’s Mars Express probe, and the Mars Reconnaissance Orbiter contained higher resolutions and showed that the “Face on Mars” was nothing more than an optical illusion that’s displayed depending on the viewing angle and the angle of light. 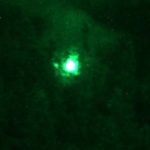 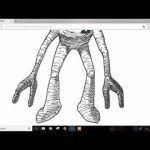