When The Knights Templar Transformed to Freemasonry & The Rosslyn Chapel

Full Video here
How The Illuminati Were Created ||Full Length||

De Molay arrived first in early 1307. Villaret was delayed for several months. While waiting, De Molay and Clement discussed charges that had been made two years prior by an ousted Templar. It was generally agreed that the charges were false but Clement sent King Philip IV of France a written request for assistance in the investigation. King Philip was already deeply in debt to the Templars from his war with the English and seized upon these rumours for his own purposes.
Philip began pressuring the Church to take action against the Order, as a way of freeing himself from his debts. On Friday October 13, 1307 Philip ordered de Molay and scores of other French Templars to be simultaneously arrested. The Templars were charged with numerous heresies and tortured to extract false confessions. The confessions, despite having been obtained under duress, caused a scandal in Paris. Again under pressure from Philip, Pope Clement issued the bull Pastoralis praeeminentiae on November 22, 1307, which instructed all Christian monarchs throughout Europe to arrest all Templars and seize their assets.

Pope Clement called for papal hearings to determine the Templars’ guilt or innocence. Once freed of the Inquisitors’ torture, many Templars recanted their confessions. Some had sufficient legal experience to defend themselves in the trials, but in 1310 Philip blocked this attempt, using the earlier forced confessions to have dozens of Templars burned at the stake in Paris.
With Philip threatening military action unless the Pope complied with his wishes, Pope Clement agreed to disband the Order, citing the public scandal that had been generated by the confessions. At the Council of Vienne in 1312, he issued a series of papal bulls, including Vox in excelso, which officially dissolved the Order, and Ad providam, which turned over most Templar assets to the Hospitallers.

The elderly Grand Master Jacques de Molay, had confessed under torture, but retracted his confession. Geoffrey de Charney, Preceptor of Normandy, followed de Molay’s example, and insisted on his innocence. Both men were declared guilty of being relapsed heretics, and they were sentenced to burn alive at the stake in Paris on March 18, 1314.
According to legend, he called out from the flames that both Pope Clement and King Philip would soon meet him before God. Pope Clement died a month later, and King Philip died in a hunting accident within the year.

With the Order’s leaders killed, remaining Templars around Europe were either arrested and tried under the Papal investigation, absorbed into other monastic military orders, or pensioned off and allowed to live out their days peacefully. Some may have fled to other territories outside Papal control, such as Scotland (then under excommunication) or to Switzerland. Templar organisations in Portugal escaped lightly through the imaginative expedient of changing their name from Knights Templar to Knights of Christ.
In 2001, a document known as the “Chinon Parchment” was found in the Vatican Secret Archives, supposedly after having been misfiled in 1628. It is a record of the trial of the Templars, and shows that Clement absolved the Templars of all heresies in 1308, before formally disbanding the Order in 1312. (In October 2007, the Scrinium publishing house published secret documents about the trial of the Knights Templar, including the Chinon Parchment.)
It is now the Roman Catholic Church’s position that the medieval persecution of the Knights Templar was unjust; that there was nothing inherently wrong with the Order or its Rule; and that Pope Clement was pressured into his actions by the magnitude of the public scandal and the dominating influence of King Philip IV. As on other occasions, it has not expressed an opinion as to how the highest moral authority on earth could have colluded in the torture and killing of these men.

When The Illuminati Was Created & The Rosslyn Chapel 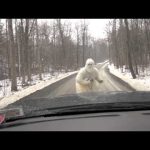 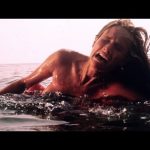