Bilbao, Basque country – October 18, 2012
++DAY SHOTS++
1. Wide of street, campaign poster for Basque Nationalist Party PNV in background
2. Wide of tram decorated with election posters
3. Various of election posters around city
4. Mid of people walking on street, election posters in background
5. Close of protester holding up banner
6. Mid of grim reaper placard denouncing austerity spending cuts
7. SOUNDBITE: (Spanish) Ana Urquijo, 38 years old, native of Bilbao:
“We are living in a time of crisis, there is no employment, there is nothing, there is nothing, people are leaving the Basque country.”
8. SOUNDBITE: (Spanish) Pedro Perez, 76 years old, native of Bilbao:
“The old, those more or less are in retirement, we can find solutions, but without jobs maybe young people have nothing, they have a very difficult situation.”
9. Set up of Basque Nationalist Party (PNV) candidate Josune Gorospe
10. SOUNDBITE: (Spanish) Josune Gorospe, PNV candidate:
“(After the ETA ceasefire) A whole new scenario has emerged which affords us fresh opportunities, both for stability and peace, and allows other areas, for example the economy, to have a resurgence.”
++NIGHT SHOTS++
11. Wide of Euskal Herria Bildu (EH Bildu) coalition group’s election rally in Las Arenas suburb
12. Mid of Marivi Ugarteburu walking up to podium to make speech
13. SOUNDBITE: (Spanish) Marivi Ugarteburu, Euskal Herria Bildu candidate:
“We are conscious that independence cannot be achieved from one day to the next . It is a process but we in Euskal Herria Bildu believe that independence is the only viable alternative (to fight against the financial crisis).”
14. Marivi at campaign rally
Madrid, Spain – October 18, 2012
15. SOUNDBITE: (Spanish) Jose Ramon Pin, Economy Professor at IESE Business School:
“I think putting together Basque and Galician elections, it is going to be even. Mr. Rajoy will be able to say he got an absolute majority in Galicia, reaffirming his whole economic policy of notorious cuts. And on the other hand, everybody has already presumed that expectations in the Basque Country are not very flattering for the Popular Party. So at the end the global result will be a point won for the Popular Party.”
Vigo, Galicia – October 19, 2012
16. Various of campaign posters
17. Mid of Sandra Silva Fernandez walking into apartment and turning on her television
18. Close of Fernandez changing the channel
19. SOUNDBITE: (Spanish) Sandra Silva Fernandez, Long-term unemployed:
“I feel, above all, deceived. There is nothing, every time it’s getting worse, everything is more expensive, there are no jobs, every day is worse. Because I’m looking for offers of work, I go to see, and there’s nothing”
20. Mid of Fernandez looking through newspaper
21. Various of campaign posters
STORYLINE:
The economy and unemployment are set to be key issues for voters in Spain’s municipal elections on Sunday.
Spain is experiencing its second recession in three years and has an unemployment rate of nearly 25 percent.
Add to this government plans for tax hikes, spending cuts and labour reforms which are necessary to convince investors and international authorities that it can manage its finances without a need for a full-blown bailout, and Spain’s economic situation is looking dire.
In the city of Bilbao, in the Basque country, election posters for Sunday’s vote are plastered all over the streets and buildings.
Yet its voters aren’t hopeful that the poll will improve employment prospects.
38-year-old Bilbao resident, Ana Urquijo, describes the situation as a “time of crisis, there is no employment, there is nothing, there is nothing.”
Pedro Perez, a 76-year-old native of Bilbao, says the situation is especially bad for youths. 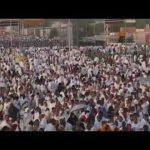 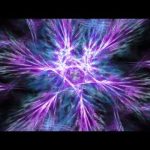 What Bernanke Thinks When He Heads Off To Sleep …

Don’t expect much in the financial markets now …

Martin Armstrong Answers: How Will The Market Be Affected By The Global Fall?

10 Reasons the October 2015 Prediction Will Fail