The Official Movie – It’s Time For You To Know…

The Earth has been visited by advanced Inter-Stellar Civilizations that can travel through other dimensions faster than the speed of light. What we have learned from them about energy propulsion can bring us to a new era, but those in power have suppressed this information in order to keep us at their mercy. It is time for you to know… and this documentary will let you in.

■ What You Will See?

Dr. Steven Greer, founder of the worldwide Disclosure Movement & the Center for the Study of Extraterrestrial Intelligence is working with Emmy award winning filmmaker Amardeep Kaleka & his team at Neverending Light Productions to produce one of the most significant films of our time.

The Earth has been visited by people from other worlds who are not malicious, but in fact concerned for the future of humanity. A cabal of military, industrial & financial interests have kept this contact & what we have learned from it secret for over 60 years. Their secrecy is meant to suppress the knowledge that can liberate the world from the yoke of oil, gas, coal & nuclear power & replace the current world order with one of New Energy & true Freedom.

■ Structure of The Film:

I. The first section of the film will share the vast scope of evidence that ET’s exist, from official government documents, high-level witness testimony & audio and visual evidence. Disclosure and CSETI have the largest library of never before seen footage gathered over 20 years of study.

II. Next, we interview a group of brilliant scientists who aim to expose long-held secret technologies. They show us how energy can be derived from the fabric of space around us & how industrial cartels have suppressed this information. What did Nicola Tesla know, & why did the FBI seize his papers upon his death? Man-made anti-gravity vehicles have been in use for over half a century, some even used to perpetuate the ET abduction hoax in order to control the masses. Now is the time for these technologies to be acknowledged & developed for peaceful energy purposes.

III. In the final section, we explore CONTACT: the CE-5 principles & how to build a bridge to a trans-dimensional universe. We will also share how the average person can make contact with people from other worlds. They are only a thought away… 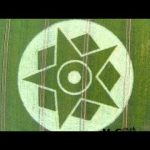 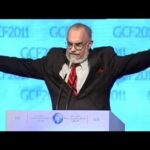