The Mysterious Curse of the Egyptian Mummy 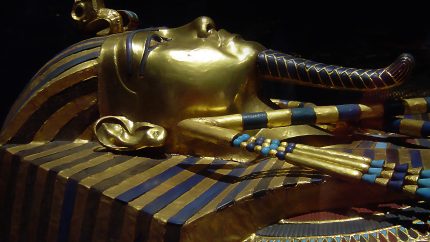 Mummies in Hollywood flicks typically possess fabulous riches and should you eye their treasure, a nasty curse shall befall you. However, the concept of a curse that has been associated with Egypt’s mummies for ages—something that’s a part of today’s folklore isn’t entirely Hollywood’s doing. It was since 1922 when archaeologists unearthed King Tutankhamun’s tomb that the concept of a curse existing has been perpetuated.

Howard Carter peered into an ancient tomb to take a glance at the treasures hidden inside for 3,000 years. That was when a wave of passion and curiosity about ancient Egypt was unleashed. When the King’s burial chamber was opened on February 16, 1923, the headlines in newspapers were screaming about the discovery. However, there was a sinister side to it. What triggered even more curiosity was Lord Carnarvon, the expedition sponsor dying mysteriously.

Carnarvon had in reality succumbed to blood poisoning and it was only six among the team of 26 present during the tomb’s opening who passed away within a decade. Carter who must have been the prime target of any curse lived till 1939, almost two decades after he opened the tomb. That said, even though stories about the pharao’s curse may need some convincing, it still doesn’t fail to fascinate people.

How the Curse was born

After the late Egyptologist Dominic Montserrat carried out a thorough investigation, it was concluded that the concept began after an odd striptease in London in the late 19th century. Montserrat revealed to the Independent that his work has proved that the concept of the mummy’s curse originated a hundred years before the death of Carnarvon and his discovery of King Tut’s tomb.

Montserrat says that it was during a stage show when real Egyptian mummies were unwrapped that a writer was first inspired to weave stories of revenge by the mummy. This was followed by several other writers giving wing to their imagination. Even Louisa May Alcott, the author of Little Women penned stories about the mummy’s curse in Lost in a Pyramid or The Mummy’s Curse.

It has been concluded that the curse concept didn’t quite originate during the 1923 press meet to publicize King Tutankhamun’s tomb’s discovery. However, an Egyptologist at Cairo’s American University, Salima Ikram goes on to say that the concept of a curse did indeed exist in ancient Egypt, created to build an aura of mystery and fear as an ancient security measure.

She further states that some of the walls in a mastaba (early non-pyramid tomb) in Giza and Saqqara did indeed have curses inscribed on them. The intent was to terrify those who desecrated or robbed the resting place of Egypt’s royals. There are threats of desecrators inviting divine retribution by the council of gods as pointed out by Ikram.

Is there a Toxin Threat inside the Tombs?

There have been suggestions in recent years that the curse by the pharaoh was essentially biological. Could the sealed tombs be filled with deadly pathogens that proved deadly to those on expeditions after they opened the tombs after many, many years? It might certainly have proved fatal for Lord Carnarvon and others like him who had weakened immune systems.

The tombs contained not only both animal and human dead bodies but various foods gifted by mourners as provisions for the afterlife. Studies conducted at labs have revealed that some of the ancient mummies had molds like Aspergillus niger and Aspergillus flavus that can trigger lung bleeding and congestion. The tomb walls might have seen a growth of bacteria like Pseudomonas and Staphylococcus that are a severe assault on lungs.

While the existence of these substances inside the tombs does sound dangerous, scientists have agreed that they aren’t so. F. DeWolfe Miller, an epidemiology professor at the University of Hawaii at Manoa agrees with Howard Carter that Lord Carnarvon was most likely safer inside the tomb owing to the extreme conditions outside.

Miller observes that in the 1920s, upper Egypt wasn’t quite what one would call sanitary. That’s why, it’s very hard to believe the theory that after 3,000 long years, the tomb would have some deadly microorganism that would prove fatal for someone after 6 weeks. What’s more, it would appear that the death was caused by blood poisoning. It indeed is hard to believe.

Miller goes on to say that he doesn’t know of any archaeologist or for that matter any tourist who has died of any afflictions triggered by toxins inside a tomb. Despite what scientists and rationalists argue, the enigma of the mummy’s curse, it seems is sure to live on forever.

Certain discoveries made by archaeologists and researchers have added to the aura of the tombs and what lies inside them. One such discovery is the flood control system that ancient Egyptians created which for some time, prevented the tombs from being flooded.

A deep channel was discovered that ran through the valley 10 meters below today’s surface. It’s assumed that the Egyptians emptied the channel of debris and water while building side channels to divert water into it. This made sure that no damage was caused to the valley as water and debris passed through.

Strangely, the ancient Egyptians let the system fall into a state of disrepair quite soon after building it. Flooding rose as a problem again when Tutankhamun was finally buried. This remains yet another unexplained mystery of the ancient Egyptian tombs.

While modern-day scientists have tried to explain the mystery and aura that surrounds Egypt’s ancient tombs, the enigma around them still lives on. Expeditions are still on that continue to unearth the mysteries of ancient Egypt’s tombs and its mummies. Hollywood has done its bit to weave a web of aura around the mummies of ancient Egypt. There have been movies showing adventurers who dared to enter the tombs inviting devastating curses from the mummies. Yes, ancient Egypt with its tombs and mummies still fascinate us. 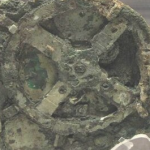 Is the Antikythera Mechanism an Astronomical Calendar?
Previous Post
UFO COMMUNITY IN A FRENZY - "Like Something Out Of An Alien Movie" | Proof Is Out There | #Shorts
Next Post