For decades, the criminal organization known as “The Mafia” has stained the fabric of American society. But what are the secrets behind the Mob’s sinister success? According to the FBI, the American Mafia still has approximately 3,000 active members, and just like the iconic mobsters of the past, the modern Mafia’s ill-gotten gains still come at a price: blood, bullets, and a massive body count. Uncover the secret world of organized crime and the violent tactics used by the Cosa Nostra to gain money and power. How did the Mafia become so powerful? How is it possible that with hundreds of gang related killings in Chicago in the 1920s, not one gangster–including the most violent of all, Al Capone–was ever convicted of murder? Why was the Director of the FBI, J. Edgar Hoover, reluctant to go after the Mafia in the 1930s and 40s? Could the Mafia’s influence extend beyond local police and politicians? And what new illegal activities is the Mafia involved in today? 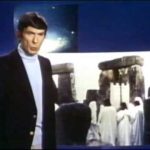 The Magic of Stonehenge (Part 1) (documentary) 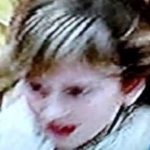