The Giza Complex Could be Encoding Geometry

Edward Nightingale is a Master Woodworker and Woodcarver with over 3 decades of experience designing and building high-end architectural millwork for some of the worlds top architectural firms. He has also been researching ancient history with particular interest in the design and construction of ancient stone structures for more than 15 years. Edward originally presented his ongoing research The Giza Template at the 2008 CPAK poster presentation and awarded the first annual Graham Hancock Award for his work.

Using the basic tools of his trade, a compass and square, his designing skills and a great interest in ancient history he has worked on back engineering the original architectural design of the Pyramids and Great Sphinx on the Giza Plateau since traveling there in 1997 with John Anthony West and an idea of how the plateau might have been designed. In his work The Giza Template he demonstrates that one facet of the design of Giza is a geometrical puzzle encoding geodetic information, mathematics, science and astronomy that was constructed to endure millennia.

Edward will discuss his discoveries found encoded within The Giza Template, one of which is the origin of Egyptian Cubit and the “English” Inch that is at the root of all the measuring systems and found in a musical scale of fifth intervals created by the Pythagorean Lambda Sequence. Edward will present evidence to support his Giza Template geometry using The Giza Plateau Mapping Project survey. Using very specific geometry he will also demonstrate how certain groups blatantly display this knowledge in their symbols, seals, rituals and heraldry, and that it has been secretly passed down through the ages and hidden in the very foundation of the great American dream.

Dead Sea Scrolls (what do they prove? what are they?)
Previous Post
No UFOs or aliens as US government documents acknowledge Area 51
Next Post 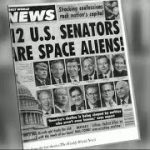