⇩⇩ Please Read The Description ⇩⇩
—————————————————–
06/09/15 – Skies are getting clearer each night! Good! I was having a tea in my garden, when I noticed a little light far in the night sky. I didn’t really pay attention to it, it was probably another satellite. When it got closer, I realized it was flying right over my house.

A little later, I started to understand what it really was. Anyway, it was not a satellite for sure. The object seemed to have some kind of “bubble” around it, like a shield or an energy ball. I was totally stunned. At first I stared at it like a fool, then woke up and ran to get my camera, the Canon 6D, with a 50mm F/1.2 lens. I bought it for its outstanding low light capabilities. The object was right over me, and I could film its flight since it disappeared behind the trees.

/! Of course, this isn’t a Chinese lantern: the behavior of the light clearly tells us it is not a lantern. Also, that blueish color suggests this thing is from outer space, for sure. Please watch the video entirely, I compare a lantern and this object at the end of the sighting. /!

Filming nighttime celestial objects from earth with pocked-sized equipment has always been my dream. It’s now realized. And it’s possible with DSLR technology since a few years now. The ultra-fast F/1.2 lens, coupled with the 6D’s sensor, is of course needed in order to get that super bright looking night. Everyone here might not be used to such high sensitivity cameras filming UFOs, so I better tell you why the video looks so clean and bright! I really hope more and more sightings will be made with DSLRs.

For low light UFO sky-watching and shooting, I first had a Newton Hornet night vision scope. Then, I bought the Canon 700D, which was a huge jump from classic camcorders. I then built the famous P8079HP tube, with the help of some youtubers. I shot an entire video with it:
Finally, I upgraded the 700D and got the camera I’ve been dreaming of for months: the Canon 6D.

For those who want more details about my equipment, feel free to comment below, I’ll reply 🙂

Filmed by me over the Mount Valerien, near Paris, France, June 2015.

All non-allowed re-uploads of my video will be reported! Thanks!
© WTFflow, all rights reserved. 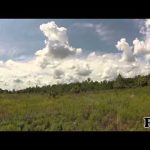 Breakdown - Skunk Ape Sighting Plant City
Previous Post
Ouija Board Experience! This is not a Joke
Next Post 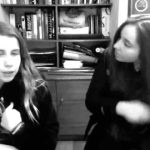