Please sign, by joining together we can change the world

Independence is being Gnostic. Originally, Gnostics simply called themselves, “Knowledge seekers” as Gnosis means Knowledge, the idea being, if Truth is ONE, then all Knowledge Seekers who GENUINELY seek the truth, should eventually end up at the same view, but by their own paths.

I am using the term God and human, to differentiate between the spiritual leaders of old who created modern humans, and humans of today.

O Rh positive – Mixed, God and human. The most common blood of modern humans.
This is most likely the first humans created by the God/Human mix.

All Europeans have some of the blood of the Gods, but the traits show up most in those with Rh negative blood. And just because you have say B positive blood, it does not mean that you don’t have some of the traits, because European type 1 & 2 humans would have done very well to not be mixed with some who did carry the genes, but because the Rh negative genes are recessive more people are born positive. To have pure O Rh negative blood it would mean your ancestors are also O Rh negative, which is why it is so rare, but higher percent of pure blood still survives in certain areas, and in some of the old royal families. 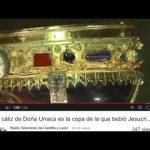 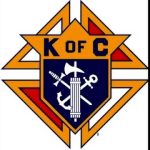