More shapeshifting in ALIENS from its reptilian alien actors. I never could have dreamed when I saw this movie with my friend in the eighties and was one of my favorites, that I would be making movies showing how the actors themselves are not human, but shapeshifting reptilians. Does anyone else feel betrayed? Is anyone else angry that the actors and movies we loved as kids, and formed who we are and what we thought was cool, turned out to be these horrid creatures that meet in secret, transform into giant reptilian lizard men, and rip apart a child and eat it? Is there anyone else that doesn’t want our kids to grow up with actors and idols of fame and adoration, symbols of recreation and entertainment enjoyment, who turn out to be a nightmare of evil non-humans, Satan’s seed who utterly hate us, and feed off us like cattle, and we cannot even get the majority of respectable humans to realize it, because it is beyond their belief system? Is there anybody else out there seeing and reading this, that is saying to hell with these evil beasts, we have to rid our planet of their control and evil schemes, which they use to make dishonorable slaves out of us, and isolate and deplete anyone who dares stand up against them? Make no mistake, the evil world we now have is a result of these evil man-eaters boxing us in, keeping us under control so we are docile little servants, too afraid to come forward and fight for a free world, or else they will lose their comfortable job, their comfortable home, their comfortable life. Ultimately it is God who created this situation, to see who will go along with the shit-eating cowardly path of life, cow-towing and in fact worshipping these evil beasts which are Satan’s children, and Satan. God created this situation, so that only souls showing courage will break away and refuse to worship them, these so-called gods with their superior powers and domination of all earth governments through America, the big reptilian whore who stands with her powerful military on every continent, oppressing the nations with her whoredoms. Soon the truth of America will be revealed, and God will put it into the hearts of all the nations to finally rise up against the oppressor, BABYLON THE GREAT, and with all the armies of the earth rise against her and spoil her, and burn her with fire. America, the great whore who murders the saints of Jesus Christ, and oppresses all the nations with her evil sorceries, forced down their necks, and they have no choice but to buy their goods, and endure their evils in their societies. How the whole earth howls for the oppression! They will overcome the saints, as it is written, who did raise the alarm, and make public the truth of their so-called authorities. They will overcome them, and they are taken away, but the population who cheers their demise do not realize they are taken away from evil that is to come on the earth. Soon it will be too late to show you would not go along with them, and the tables of suffering will be turned. While the saints are preserved the cowardly world that went along with the evil will suffer torment upon the earth such as their has not been ever before. These will cry out to God, but as written, she will laugh at their calamity, and mock their terror, for she offered to all souls her council, and her rebuke, that they should repent of this evil world, and be separate from it. Then from one sabbath to the next, the saints in Jesus Christ will view the people who went along with Satan, suffering in hell, and they shall be witness, both those in hell, and the saints who dwell in heaven on earth, and the truth will be known about the brave and the cowardly, and no cowardly will enter into the Lord’s rest. [Isa 66:23 And it shall come to pass, that from one new moon to another, and from one sabbath to another, shall all flesh come to worship before me, saith the LORD.
Isa 66:24 And they shall go forth, and look upon the carcases of the men that have transgressed against me: for their worm shall not die, neither shall their fire be quenched; and they shall be an abhorring unto all flesh.] This means both the courageous saints now in heaven upon the earth, and the cowardly now suffering hell, shall see and witness each other, and God’s judgment will be glorified in the sight of all these. Are you fighting, or sitting on the side-lines? 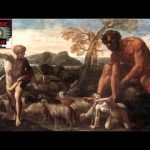 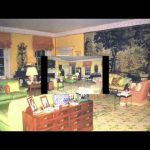