Nazca Lines Explained Explored An Introduction To An Enigma

Lines and Geoglyphs of Nasca and Pampas de Jumana

The Nazca lines and geoglyphs form a unique and magnificent artistic achievement that is unrivalled in its dimensions and diversity anywhere in the prehistoric world. This unique form of land use bears exceptional witness to the culture and beliefs of this region of pre-Hispanic South America.

The Nasca geoglyphs are located in the arid Peruvian coastal plain 400 km south of Lima, and cover 450 km2 , both in the desert and in the low Andean foothills. These are covered with ferruginous sand and gravel which has acquired a dark patina from weathering. Removal of the gravel reveals the underlying lighter coloured strata, which contrasts strongly with the darker gravels.

The ‘Nazca Lines’, as they are commonly known, are the most outstanding group of geoglyphs anywhere in the world. They are also one of the most impenetrable enigmas of archaeology by virtue of their quantity, nature and size, as well as their continuity. The concentration and juxtaposition of the lines, as well as their cultural continuity, demonstrate that this was an important and long-lasting activity.

Intensive study of the geoglyphs and comparison with other manifestations of contemporary art forms suggests that they can be divided into three chronological phases. The first dates from the Chavín period (500-300 BC) and is characterized by the technique of forming figures by piling stones. This was an important time of cultural developments in the Andean region, with strong influence exerted in the Inca region from the north by the Formative Middle Late Culture. The local development known as Paracas represents the second phase (400-200 BC), again strongly influenced from the north. The town of Paracas adapted its culture skilfully to its severe location and achieved a high level of artistic development.

The third phase, which represents the great majority of the geoglyphs, is the Nazca phase proper (200 BC-AD 500). The Nazca culture derived directly from that of Paracas. The Andean towns developed a powerful religious system which produced, along with Moche on the northern coast of Peru, an outstanding culture represented by its handicrafts (notably pottery) and textiles. Most of the geoglyphs of this period are located close to villages of this culture, such as La Quebrada del Frayle, Cahuachi, Palpa and Ingenio, concentrated in Pampa de Jumana.
ڿ­ڰۣ▬▬ஜ۩۞۩ஜ▬▬▬ڰۣ-ڰ☸~இڿ▬▬­ڰۣ-ڰ
☠»ǝɯoɔןǝʍ☆!! °•ĤδᴌΦğŗÂρҢ¡Ç ღέრέ вŁẼbź 】

SUBSCRIBE!! I upload videos most every day, crazy and entertaining 🙂 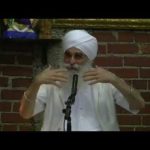 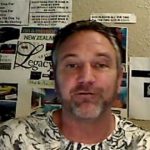