Has planet earth ever had a close encounter with aliens?

While UFOs and their occupants have been part of our culture for more than a century, and people from many walks of life claim to have seen them, we have no indisputable evidence that they’re fact rather than fiction, or do we? Naked Science speaks to witnesses of two of the most controversial UFO sightings, the Rendlesham Forest incident in the UK and the Phoenix Lights sighting in the US, as well as the most famous UFO incident of all time, Roswell.

If unidentified flying objects did come from space, how could they have travelled to earth? And how could they survive in our atmosphere? We talk to leading physicists and astrophysicists about the viability of interstellar travel and whether worm holes and warp drives could make it possible. Or perhaps extra-terrestrials will send tiny self-replicating nanobots to explore our Earth?

Close encounters originated with reported sightings of alien craft, but in the last few decades alien contact has taken a new and more terrifying twist, alien abduction. We talk to a so called ‘experiencer’ who claims to have been taken from her bed and experimented on. She believes her claims but could there be another, scientific, explanation for what she remembers? We talk to a neuroscientist who thinks he has the answer.

Finally, Naked Science asks possibly the most shocking question of all, could aliens already be among us? 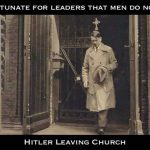 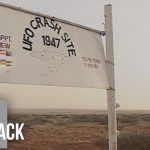