See the full review at http://www.timetoplaymag.com/toys/4459/lego/lego-monster-fighters-the-werewolf/

Monster Fighters is a new LEGO building theme based on classic horror fiction and films. The line contains many mythical creatures, but with The Werewolf set, kids can build and play with a scene for the werewolf. The story behind the set is that Major Quinton Steele has spotted the werewolf’s moonstone under a tree. But as Steele jumps out of his hot rod to snatch it, the werewolf pounces on him from the treetops above. This 243-piece set includes two minifigures: Major Quinton Steele with a blunderbuss weapon and a Werewolf with glow-in-the-dark claws. Kids will build the hot rod and a tree scene complete with moonstone. The tree’s top section opens and launches the werewolf when kids press on the lever. 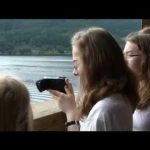 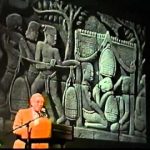