SHOTLIST :
Heraklion, Crete – 6 October, 2010
1. Pan right of old port
2. Boats in port
3. Various of fishing boats
4. Seagull flying past boats
5. Various of tourists in city centre
6. Close up of souvenir stall
7. Wide of village
8. Wide of resort hotel
9. Hotel entrance
10. Set up of hotel owner Angelo Stavroulakis
11. SOUNDBITE: (Greek) Angelo Stavroulakis, Hotel owner :
“In my opinion Greece shouldn’t have joined Europe so quickly, especially Crete. Because here people think differently. We should have waited a bit before joining Europe and the Euro.”
12. Stavroulakis talking to chamber maid Niki Jharitaky
13. Various of Jharitaky cleaning hotel room
14. SOUNDBITE: (Greek) Niki Jharitaky, Chamber maid :
“Things are getting better by the day. I don’t think I will join the unemployed lines in the future. There will be jobs for everybody.”
15. Pan from swimming pool to tourists seated at table
16. Tourists looking at map
17. SOUNDBITE: (French) Pierre D’Acunto, French tourist :
“I hope that the crisis will be over with the subsidies that Crete receives from Europe. As tourists we don’t really notice the crisis apart from a few shops closed down in the centre. And for us as French the prices of petrol is much higher than in France.”
18. Wide of countryside
Margarites, Crete – 6 October, 2010
19. Various of Margarites village
20. Various of pottery workshops
21. Various of potter Jorgus Dalambelas talking to tourists
22. Various of Dalambelas making a vase
23. SOUNDBITE: (Greek) Jorgus Dalambelas, Potter :
“In the villages things more or less remain the same. One can work less but that is our real problem. Here in Margarites people work part time during the season. We’ve had fewer customers and they spend less money. But the situation is more or less the same as before. We didn’t feel the crisis so much in our skin.”
Kiparissos, Crete – 6 October, 2010
24. Wide of countryside
25. Exterior of vineyard and distillery
26. Various of distiller Spiros Somarais making local spirit called raki
27. Various of Somarais and his mother Maria tasting raki
28. Somarais analysing sample of raki
29. SOUNDBITE: (Greek) Spiros Somarais, Raki distiller :
“I think that the nice life is in the villages because you don’t have the stress, traffic, pollution and crime. In the villages we lead quiet stress-free lives living off our land. We almost have no problems, especially in my case.”
30. Various of Somarais and his mother picking grapes
LEAD IN:
Greece remains in the midst of a financial crisis with the government imposing strict austerity measures, including trimming pensions, raising taxes and cutting civil servants’ pay, in an
effort to overhaul its debt-ridden economy.
But the islanders on Crete remain in buoyant mood – hoping their seasonal lifestyle will see them through the worst.
STORYLINE:
Despite the grey clouds in the sky the locals say that the economic storm that has affected the rest of Greece this summer has passed them by.
The angry protests that are gripping elsewhere in the country feel a million miles away from the tranquil seas around the fifth largest island in the Mediterranean.
As in past centuries, the old port in Crete’s capital city Heraklion is still at the centre of the island’s vital small-scale fishing industry.
Even in early autumn the streets in the city centre are filled with tourists – but there are fewer visitors than before.
Tourism is by far the largest source of income in Crete but according to figures released by the Bank of Greece, the number of tourists this season was down for a second consecutive year.
The island is dotted with hundreds of hotels both in the main cities and along the coastline, especially in the north. 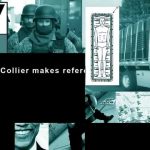 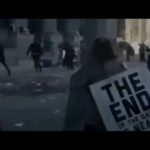 Martin Armstrong–Is The Government Using Bitcoin To Get You To Give Up Your Cash? 09.Jan.13

Silver Plunging! How Low Will it Go?

Economic Collapse, Bailout & All The Presidents’ Bankers with Nomi Prins