If the Us could succeed with building an underground city in camp century all the way in Greenland, complete with a nuclear reactor, hospitals etc, why couldn’t they do it down south? This continent might be extremely remote and covered in ice but if you can handle the cold and the massive penguins, you might uncover some secrets. From sightings of unidentified flying objects, to settlements under dozens of feet of snow, here are rumors and secrets of Antarctica.

But first we’d like to give a quick shout out to Rudolf who says,” zeker nooit gehoord over de boot van Sinterklaas! Thanks for your valuable insight and we like to here comments from people all over the world. Let us know where you’re from in the comment section and maybe we’ll feature you in an upcoming video

9. Little Americas
In the past, there were military operations in the past that weren’t always successful, conducted by the US, once in 1946-1947 known as operation highjump in order to basically install some kind of presence on the southernmost continent. The other one was operation deep freeze 10 years later. What would military be trying to do on this vast mysterious continent? The US set up a series of bases known as little americas 1-5 between 1929 to 1958, located south of the bay of Whales. The first little america was built in 1929 and left abandoned the next year. Many letters were sent from this location but eventually it went abandoned. Finally radio broadcasting was introduced at little america two on an iceberg and it’s believed the radio towers are still out there.From 1937 to 1939, a vehicle was introduced to antarctica known as the snow cruiser but aka the Penguin. It was left abandoned and rediscovered during operation highjump, which we’ll get to next. Other rumors state that the soviets destroyed it during the cold war but it’s nowhere to be found. A few more attempts to settle on the icy continent would fail and many would simply float away into the ocean. It wasn’t until 1959 when different countries agreed that only scientists were allowed here.

8. Operation Highjump
The US navy was sent to antarctica and this required 13 ships, 33 aircraft, 4700 men and some huskies, a few who were named high jump and running jump, hints the name of the operation. During a press conference, the government stated that antarctica was a very large continent with a large amount of untapped resources. You have to wonder if this is the true reason, since there is already quite a bit of coal and oil that the US had access to, especially right after ww2. Antarctica would prove to be much more difficult to set a base up on than greenland for example. A group of ships arrived to the Bay of Whales in 1947 where little America 4 was constructed. Other previous little americas were found under anywhere from 10 to 25 feet of snow. Only a month later did they start to head back the other way. Perpetual blizzards made it virtually impossible to fly and frigid conditions must have made some settlers lose their minds. The ships have trouble breaking through the ice and Paving airstrips lead to fatalities. Some even feel as though the americans encountered flying saucer technology which drove them out of the area. Could this actually be the case?

7.New Swabia
As other powerful nations did at the time, the Germans had also sent their people to Antarctica to see what all the fuss was about. In 1938, A freighter known as the MS Schwabenland left Hamburg Germany during a secretive operation and a temporary base was established with a total of 33 men and some aircraft. The Germans seemed to have better lucky flying around in the harsh environment and were able to capture many photographs from the skies. It was located around queen maud land but the germans never had any rightful claims to the territory. The arctic expedition lasted a year but there was still quite a bit of suspicion surrounding the whole things and it’s likely that they were trying to do a little bit of land grabbing for the reich. Some felt as though they might have been successful of establishing an underground base or some type of colony, which was why the US went in not long after the 2nd global conflict. Some also feel as though some war criminals escaped Germany and settled in antarctica, where no one would dare search for them. Or would they… 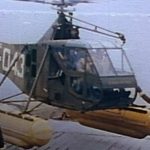 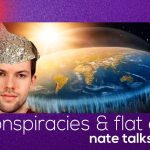