Egyptologist Bob Brier spoke about how the Great Pyramid at Giza was constructed, as well as other Egyptian mysteries such as the murder of Tutankhamen, and the mummification process. The Great Pyramid, at 480 ft. high, was the tallest building until the Eiffel Tower was constructed. The riddle of how the large blocks were brought to the top of the pyramid may have been solved by French architect Jean-Pierre Houdin, said Brier.

Houdin theorized that an internal ramp like in a parking garage was constructed at right angles, with 22 turns leading to the top of the pyramid. The blocks, he suggested, were brought up along the inside of the pyramid, with 20,000 workers laboring for a period of 20 years. After the pyramids were repeatedly robbed, Pharaohs choose to be buried in secret tombs in the Valley of the Kings, Brier noted, adding that belief in the afterlife was of paramount importance to the Egyptians.

Brier discussed his project in which he recreated the Egyptian mummification process on a cadaver, using copper and bronze tools, and linen for wrapping. All moist organs had to removed for mummification, and in order to replicate the Egyptian’s method of removing the brain through the nose, he used a tool like a whisk to liquefy the brain. An upcoming project Brier is planning involves replicating the Cheops Boat, a mysterious 144 ft. vessel that may have been used to transport deceased Pharaohs along the Nile. 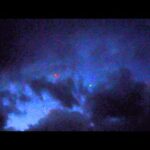 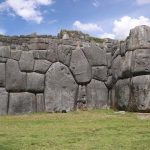