“I was sent some pictures by a source who claims China will be releasing Hi Res images taken by the Chang’e-2 moon orbiter, which clearly show buildings and structures on the moons surface. He also claims NASA has deliberately bombed important areas of the Moon in an effort to destroy ancient artefacts and facility’s. Pictures yet to be released clearly show nuclear impact craters and building debris caused by explosions in an effort by NASA to destroy the truth. China is moving toward full disclosure of the Extraterrestrial reality, if these images and future ones are verified genuine then NASA should be investigated for fraud and treason. China will be releasing all the data and images from the Chang’e-2 in the coming weeks and months, lets hope this is the beginning of a new era.” 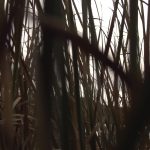 3 True HORRIFYING Ghosts Stories In The Swamp
Previous Post
Moon Strange structures at the bottom of the Moon.
Next Post 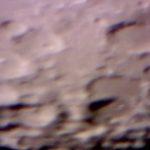