End of Days Prophecy!! CERN Stargate Portal Illuminati NWO – Antichrist 2015! Final Pope September 28 Asteroid to strike off American East Coast? Could this entire Asteroid hype be due to CERN and its possibility to unleash hellfire destruction down on the world. Conspiracy theories are being reformed back into reality and the powers to be in the Illuminati are gearing up for an Apocalypse if they don’t get their way. Prophecy end of times prophecy!

Could CERN be opening a gate to another dimension? What is CERN? What is the blood moon prophesy? Who is the final pope? All these questions arising to the most epic what happens in mid September 2015?

The pope is due to arrive in America in September and during this time an antichrist could emerge. This might sound like delirious conspiracy I know, but I guarantee by the end of this video you will know the truth, the question is will you accept it? Find Jesus Christ today before the antichrist finds you tomorrow….

Do we live in the end of days? That question is relative. Relative as in if you are willing to stop it today? If you are not, then he is not and she is not and because they are not we will all pay. Epic times we live in 2015. The Illuminati are gearing up for WWIII to kick off their new world order and now we have military training exercises throughout the United States. How content are you? Do you care that the NWO is being established in every country in every state in the Union? When people start to care the true battle will begin to quell these maniacal villains before they take full power and establish the thrown for the biblical Antichrist the one for whom they serve.

God’s judgment has come down on America when faced with temptation they feed as if there was no tomorrow and now all our tomorrows are limited. The same hand that feeds you will surely be the one that destroys you. Again epic, ironic and the time to act is now.

CERN is in the process of opening up the gates of Hell. God is calling man to perform one last miracle we can stop this with Christ. If we fail we do win anyway but God waits for those who prevail to the very end, those who do will surely be looking down on you who doubt these words in the near future.

In the end moving into 2016 things could not be getting anymore intense the end of the world could be near. The prophesy is in, the world is watching God is watching and time is ticking, time has shown how prevailed here in the end. 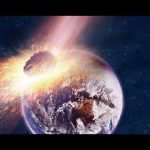 Doomsday Asteroid That Will Destroy Earth On September 22, 2015
Previous Post
The Truth About SEPTEMBER 2015 (Renee M&Kristina H EXPOSED)
Next Post 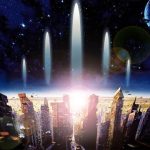