Eyewitness states:
I was going to pick up dinner at a pizza place on Greenway & Reems in Surprise. Traveling north on Rems I noticed 2 stationary dark objects to the NE of my location. 3 to 4 more objects appeared and I first thought these might be the F-35’s heading to Luke AFB in Glendale or helicopters. I decided to head NE and noticed that now there were 3 objects, 2 high and 1 just above the mountain tops, the others vanished and there were only 3 in the sky. I grabbed my phone while I was talking to a friend and took some pictures and a video when I parked at the 142nd Ave and Statler (Surprise City Hall). The main objects remained pretty much stationary but one object to the left of the main 2 was quite low to the ground and was faint to see at times. I left the area after 8 minutes and they were still there. I left the area to pick up my food and when I left at 545pm the objects were gone from my view. I continued to check the whole sky on my way home and there was no sign of anything. The video was taken with an HTC One X. Resolution is 3264 X 1840.

Thanks and check out our site at www.ufosightingsdaily.com 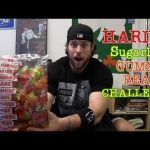 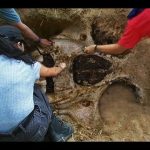 Top 7 Famous Mysterious Skulls That Have Been Hoaxed

20 Most Mysterious UFO Sightings of All time