Alberto Rivera, a former Jesuit priest, explains the purpose of Catholic infiltration – through the Jesuits. The Vatican’s military arm – the Jesuits – are a demonic secret society whose purpose is to infiltrate every aspect of life and make every organization -mainly church denominations – embrace Catholic theology.
In Edmond Paris’s book, printed by Ozark Publications, called The Vatican Against Europe, it gets into great detail of what the Jesuits have done. It calls it—the last 30 years of war is all attributable to the Jesuits, their massacres of the Serbs and Jews, etc. […] the Jesuit General is in complete control of the international intelligence community: that’s the CIA, the FBI, the KGB, the Israeli Mossad, the German BND, the British SIS. The Jesuit General is in COMPLETE CONTROL of the entire intelligence apparatus—FBI, every bureaucratic agency in this country, all of it; he is in complete control of it.

Well, the Jesuits had brought in all of their top Nazi SS soldiers into the CIA because the Jesuits were using the SS to kill the Jews in Europe. […] Now, the CIA was composed of the SS. The CIA now was an arm—and the intelligence arm—of the Vatican.
Source: http://www.remnantofgod.org/blackpope.htm

The following site provides the Jesuit oath; it is not for the faint of heart: http://www.remnantofgod.org/jes-oth.htm#bloodyoath.

If you are a member of the Catholic church, I beseech you, friend, to read carefully the following: the Roman church is the whore of Babylon (Revelation 17:1-5) of which our heavenly Father says,”Come out of her, My people, that ye be not partakers of her sins, and that ye receive not of her plagues” (Revelation 18:4-5) before she meets her destruction (Revelation 19:2). Get out of that horrendous organization while there is still time to do so and turn to the true Christ of the Bible! 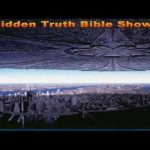 ANUNNAKI or ANGELS? (The Chariots of the Most High) 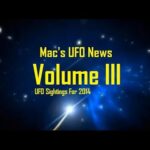 The Truth About The Jesuits Part 2

Dragon’s Breath – The US Connection To The Jesuits (Part 2)

Leo Zagami on the Jesuits