Astral Projection (Avi Nissim & Lior Perlmutter) are an Israeli electronic music group producing Goa / PsyTrance music. They are considered as one of the originators of the genre & one of the biggest acts on the scene.

In addition to an extensive discography (mostly with their own label Trust In Trance but also Transient, Nova Tekk, Avex, TIP World, Smart Records, Perfecto & more). the group has an extensive worldwide touring schedule. They Have had global support from big names such as Paul Oakenfold, Danny Rampling, John 00Fleming, Faithless & more. They have produced 11 albums, most recently “Goa Classics Remixed”,2014 (TIP World).They have created such hits as Liquid Sun, Mahadeva, Axis, People Can Fly, Kabalah & Dancing Galaxy.

Astral Projection are the maestros of layeristic Trance & considered to be one of the most important goa-psy trance projects of the 90s worldwide.

This channel is powered by Trancentral.
Subscribe for updates: http://bit.ly/TrancentralSubscribe 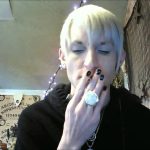 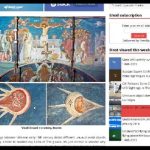