Mike Heiser has a Ph.D. in Hebrew Bible and Ancient Semitic Languages from the University of Wisconsin-Madison. Mike has an M.A. in Ancient History and an M.A. in Hebrew Bible and Ancient Semitic Languages. He has taught biblical studies and biblical theology on the undergraduate level for eleven years. He has had a lifelong interest in the paranormal, particularly UFOlogy, and the subject of ET life. Mike has lectured frequently on those topics, specializing in critical evaluation of the belief that UFOs and aliens are found in ancient Near Eastern texts, including the Bible. He is an expert on divine beings and angels in the Hebrew Bible, Second Temple Jewish literature, and Canaanite texts. Mike holds a personal disdain for both intellectual snobbery, and the religious fear of critical thinking (and thinkers) — both of which he feels tend to form an ungodly barrier between general academia, church leadership, and the public whom they should be serving. In that spirit, Heiser authored The Facade, a mind-blowing novelization of the above subjects, which makes his original perspectives and 20 years of highly credentialed scholarship easily accessible to lay audiences.
http://drmsh.com http://sitchiniswrong.com http://facadethebook.com/

Brought to you by http://AlienResistance.org

Our mission is to provide orthodox biblical perspectives on the modern UFO and “alien” phenomenon, exposing proven deceptions, and equipping the church to minister truth and freedom to those currently deceived by experiences and/or strongholds related to now-popular belief systems of aliens actively visiting humanity.

Alien Resistance offers evidences that the widely-reported “alien abduction” phenomenon — while sadly quite real — is in fact a powerfully deceptive spiritual experience. Our research suggests that individuals are not being held captive by authentic biological extra terrestrial beings, but that this belief is rooted in vast levels of occult teaching and outright deception.

We feature personal and testimonial proof that the “alien abduction” experience can be stopped — both while in progress and completely terminated as a life pattern — in the name and authority of the Lord Jesus Christ (view testimonies from those who have successfully stopped abductions permanently, and contact us to know more about being set free from the influence of these tormenting entities).

We offer a vast array of articles, videos, dvds, books and public speaking events presenting evidences that people world-wide are being brought into communications with — and often tortured by — deceiving spirits that routinely teach doctrines of devils, false gospels and occultic forms of spirituality to their victims (aka “abductees” and/or “contactees”). On a larger scale, our research suggests that this deception will likely culminate in a globally-believed lie (Biblically, the “strong delusion” referred to in 2 Thess 2:11), setting the stage for the world to embrace the (even now emerging) One-World system under anti-christ, as a solution or response to a perceived alien presence.

We actively oppose, resist, rebut, and fight these deceptive strongholds and entities by presenting these findings, The Word of God, and the truth and salvation offered by God through Jesus Christ to all. 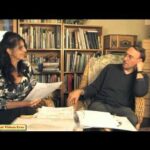 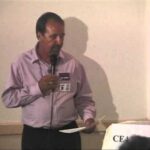