A look at the Ancient Civilizations of the Inca and Maya Empires. Discover the gems of the 15th Century Incan empire, a domain which covered much of South America. The splendid cities of Curzo and Chairana and the grandeur of Machu Picchu captivated the imagination and, unfortunately, greed of the Spanish conquistadors. Lifelike virtual construction gives us a close look at the massive sacred grounds of the Temple of the Sun at Cuzco, religious and political capital of a world known to generations of European adventurers as El Dorado.

Part starts at 26:33 and looks at the Mayan Empire. Between the 3rd and 10th centuries A.D., the Mayan civilization ruled much of Central America. Travel back to the magnificent Mayan cities of Uxmal, Tulum, Chichén Itza and the capital Palenque, with its breathtaking pyramid built by master mathematicians. Being that it is located on the Yucatan Peninsula in Mexico, it is, to this day, one of the most picturesque places in the world.

Today’s civilizations owe an immense debt to the powerful empires and mighty cities of antiquity. Their inventions, techniques and concepts enabled the advancement of humankind and lay the foundation for life in the modern world.

Explore Ancient History, including videos, pictures, and articles on cultures such as Ancient Egypt, Greece, 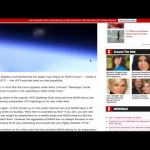 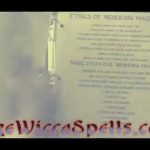