Amazon Alexa Echo recorded conversation and then sent to contact

A woman in Portland, Oregon, says her Amazon Echo secretly recorded her conversation and sent the recording to a contact on her husband’s phone. Amazon said it was the result of an “unlikely” series of events.

Get the latest news and best in original reporting from CBS News delivered to your inbox. Subscribe to newsletters HERE:

Get your news on the go! Download CBS News mobile apps HERE:

Get new episodes of shows you love across devices the next day, stream CBSN and local news live, and watch full seasons of CBS fan favorites like Star Trek Discovery anytime, anywhere with CBS All Access. Try it free!

—
CBSN is the first digital streaming news network that will allow Internet-connected consumers to watch live, anchored news coverage on their connected TV and other devices. At launch, the network is available 24/7 and makes all of the resources of CBS News available directly on digital platforms with live, anchored coverage 15 hours each weekday. CBSN. Always On.

You Heard of Black Eyed Kids, Now We Have Black Eyed Adults Turning Up
Previous Post
'Flat Earth in 5 Minutes' DEBUNKED
Next Post 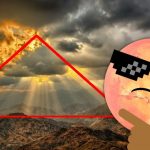