How did the ancient Nazca civilization accomplish what should have been a nearly impossible feat for them?….and just what motivated them to do so?

These geoglyphs are massive images carved into the surface of the hot, still desert of Peru. They’re called the Nazca Lines, named after the 2000 year old Nasca culture that may have been ancestors of the Incas, though to be fair, no one really knows who made them.

Visible only from high in the air, they look like giant drawings made by aircraft, who somehow etched images into the rock and sand….it seems like it would be impossible for an ancient culture like this to somehow manage to create all the massive pictures or strange animals and symbols carved into the ground without being able to have a birds eye view of them.

If you were to walk through this area of the Nazca dessert on foot, you would have no idea what was carved into the ground below you – one must either attempt to make everyone out from the tops of mountains or literally be flying over the area.

Most of these animal icons are hundreds of feet wide, and some of these unusually straight lines extend into the desert for several miles, uninterrupted by hills, valleys, trees and rivers, as if drawn with a ruler, or a computer.

Some seem to be very precisely positioned in specific angles, as if indicating some unknown astronomical or geographic coordinates….

And then there’s the really weird coincidence of how the site is aligned with Easter Island and the Great Pyramid at Giza , and lays right in the path of the Code Matrix System, which we discovered in another episode of Strange Mysteries.

Why would a culture do something such as this? Let’s assume that they managed to somehow accomplish the creation of these things themselves…why would they do it? Did they want someone to see them…someone flying over? Could it have been their way worshiping or perhaps praying to what they perceived as Gods within their religion?

Use of the “The Leviathan” picture permitted by Jeff Chang. Check out the rest of his work at 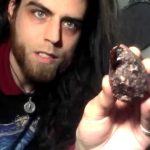 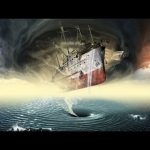