10 Most Mysterious Planets In The Known Universe

10. Gliese 581C: scientists speculate that a portion of Gliese 581C is habitable – in fact, this planet is believed to be the best candidate for human expansion. Living on this surface would be reminiscent of hell, partially due to the fact that a red dwarf star bombards the planet with red and infrared light, leading to plants that would likely have to adapt to the flood of infrared light by turning black.
9. HD 106906 b: This planet hangs out in the Crux constellation, approximately 300 light years from the Earth. Over 11 times bigger than Jupiter. The planet orbits its star at a distance 20 times greater than the space between the Sun and Neptune, which is about 60,000,000,000 miles, making it one of the loneliest known planets in the universe.
8. TrES-2b: Close to the size of Jupiter, located about 750 light years away in orbit of a sun-like star, TrES-2b is a planet that absorbs so much light that scientists consider it the darkest planet in the known universe. It reflects less than 1 percent of the light that strikes the planet, compared to a reflection rate of around 33% for Jupiter.
7. Planet Methuselah: Planet Methuselah – also known as PSR 1620-26 b – is so old that it defies traditional astrophysical models. Methuselah is nearly triple the age of Earth and was likely formed only one billion years after the big bang.
6. Planet Osiris: HD 209458b, is located 150 light years away in the constellation of Pegasus. About 30% larger than Jupiter with an orbit that’s one-eighth the distance of Mercury from the Sun, the temperature of this planet is around 1,832 degrees Fahrenheit.
5. Planet CoRoT-7b: CoRoT-7b was the first rocky planet discovered in orbit of another star. Astronomers believe it used to be a giant gas planet similar to Saturn or Neptune, before its layers of atmosphere and gas were stripped away because of the planet’s close proximity to a star. Due to the fact that the planet is tidally-locked, the part of CoRoT-7b that faces the star is 4,000 degrees Fahrenheit while the dark side of the planet reaches temperatures as frigid as 350F.
4. HAT-P-1: HAT-P-1 is a gas giant half the size of Jupiter that weighs roughly the same as a ball of cork. This incredibly odd planet has caused an uproar in the halls of academic astronomy because it’s classified as a “hot Jupiter” planet that’s nearly 25% larger than models estimate.
3. 55 Cancri e: A “Super-Earth” class planet that’s roughly twice the size of Earth with temperatures that reach 3,900 degrees Fahrenheit, 55 Cancri e was discovered in 2004. After years of observation, astronomers believe that this big, rocky planet is made mostly of carbon that turned into diamond and graphite.According to the current market value of diamond, this would make 55 Cancri e worth a total of $26.9 nonillion dollars, which is about 384 quintillion times more than the Earth’s paltry GDP of around 74 trillion USD.
2. J1407 b: planet J1407 b is located 400 light years from Earth and boasts a system of planetary rings that are 200 times bigger than the ones orbiting Saturn.
1. Gliese 436 b: Gliese 436 b is roughly the size of Neptune. It’s about 20 times larger than the Earth, but orbits only 4.3 million miles from its star – compared to the Earth, which orbits roughly 93 million miles from the Sun. The resulting temperature on Gliese 436 b is a consistent 822 degrees Fahrenheit. The ice that exists on the planet is kept together by immense gravitational forces. These forces prevent water molecules from evaporating and escaping the planet, instead becoming tightly packed deep within. 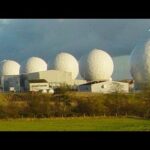 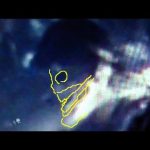