Hello Friends! What’s up? Welcome to “Amazing Top 10”. I’m back with another amazing video. In this video I’ll tell you, Top 10 Facts About Earth.
Here are this top 10 facts.

Number 1
The rotation of the Earth is gradually slowing down.
The deceleration of the Earth’s rotation is very slow, approximately 17 milliseconds per hundred years. Eventually this will lengthen our days but it will take around 140 million years before our day will have increased from 24 to 25 hours.

Number 2
70% of the Earth’s Surface is Covered in Water
When astronauts first went into the space, they looked back at the Earth with human eyes for the first time. Based on their observations, the Earth acquired the nickname the “Blue Planet:. And it’s no surprise, seeing as how 70% of our planet is covered with oceans. The remaining 30% is the solid crust that is located above sea level, hence why it is called the “continental crust”.

Number 3
Earth is the most dense planet in the solar system.
The density of Earth differs in each part of the planet – the core, for example, is denser than the Earth’s crust – but the average density of the planet is around 5.52 grams per cubic centimetre.

Number 4
Earth has a powerful magnetic field.
This phenomenon is caused by the nickel-iron core of the planet, coupled with its rapid rotation. This field protects the Earth from the effects of solar wind.

Number 5
Earth is the only planet not named after a god.
The other seven planets in our solar system are all named after Roman gods or goddesses. Although only Mercury, Venus, Mars, Jupiter and Saturn were named during ancient times, because they were visible to the naked eye, the Roman method of naming planets was retained after the discovery of Uranus and Neptune.

Number 10
Life on Earth.
The first life on Earth developed in the oceans through a process called biopoiesis. This is a natural process in which life grows from non-living matter like simple organic compounds. 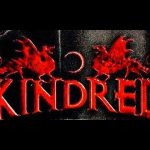 Who are the Illuminati - The Sons of the Fallen Watcher Angels (Nephilim)
Previous Post
The Search for Earth-like Planets: Looking for Signs of Life
Next Post 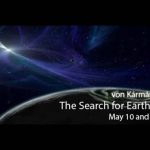