Yōkai (literally demon, spirit, or monster) are a class of supernatural creatures in Japanese folklore. The word yokai is made up of the kanji for ‘otherwordly’ and ‘weird’. Yokai range eclectically from the malevolent to the mischievous, or occasionally bring good fortune to those who encounter them. Often they possess animal features, (such as the Kappa, which is similar to a turtle, or the Tengu which has wings), other times they can appear mostly human, some look like inanimate objects and others have no discernible shape. Yōkai usually have a spiritual supernatural power, with shape shifting as one of the most common. Yōkai that have the ability to shape-shift are called obake.

Japanese folklorists and historians use yōkai as “supernatural or unaccountable phenomena to their informants”. In the Edo period, many artists, such as Toriyama Sekien, created yōkai inspired by folklore or their own ideas, and in the present, several yōkai created by them are wrongly considered as being of legendary origin. 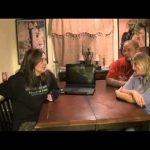 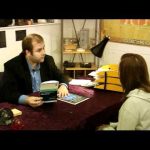