Rare sighting of a Bigfoot, shot in a Tibetan valley. My dad followed some grunting & spotted the creature, who seemed very scared. Real footage caught on tape in Tibet by G. Farmer, RIP.
The Yeti or Abominable Snowman is said to be an ape-like cryptid taller than an average human, similar to Bigfoot, that inhabits the Himalayan region of Nepal, and Tibet. The names Yeti and Meh-Teh are commonly used by the people indigenous to the region, and are part of their history and mythology. Stories of the Yeti first emerged as a facet of Western popular culture in the 19th century.
The scientific community generally regards the Yeti as a legend, given the lack of conclusive evidence, but it remains one of the most famous creatures of cryptozoology. The Yeti may be considered a sort of parallel myth to the Bigfoot of North America.

Bigfoot, also known as sasquatch, is the name given to an ape-like creature that some people believe inhabits forests, mainly in the Pacific Northwest region of North America. Bigfoot is usually described as a large, hairy, bipedal humanoid. The term sasquatch is an anglicized derivative of the Halkomelem word sásq’ets.
Most scientists discount the existence of Bigfoot and consider it to be a combination of folklore, misidentification, and hoax, rather than a living animal, because of the lack of physical evidence and the large numbers of creatures that would be necessary to maintain a breeding population. 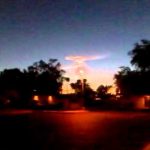 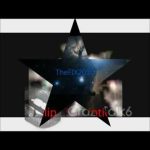