Peru, South America, where mysterious pictures were created 2000 years ago on the plains of the driest desert on Earth. Now these ancient wonders have spawned a modern tourist industry attracting travellers from all over the world. Elsewhere, tourists flock to see monuments that date from the dawn of history, like at Stonehenge in England, and in the surrounding countryside new wonders still appear today, vast and intricate crop circles that materialise overnight. But how and why are they made, and who creates these extraordinary mysteries of the fields.

Amid the rolling hills of England, hundreds of intricate designs known as crop circles appear in the fields. Such perfect circles have been known about for centuries, they used to be feared as the work of the devil. A 17th century illustration shows Satan mowing his corn. But in recent years these crop circles have become ever more numerous, more elaborate, and more mysterious. Nobody knows just how the circles are made, but some strange force is at work, twisting, crushing, and flattening the corn.

Britain’s corn circles are beautiful and complex, but other more mysterious artworks can be found halfway round the world in Peru, South America. The Ballestas Islands, these uninhabited isles are an astonishing haven for wildlife, and home to the coastal sand drawing known as the Paracas Candelabra. 600 feet high, the drawing can be seen 12 miles out at sea. Nobody really knows when it was built, or why.

But even this massive sand drawing pales in significance when compared to the awesome spectacle of the Nazca Lines, 150 miles away in the Peruvian desert. It looks like a desert runway, big enough for any international airport, 180 feet wide, more than 6000 feet long, a landing strip for a jumbo jet, or the space shuttle, or perhaps a more mysterious, more alien, flight arrival.

“Crop Circles and Desert Lines”, is a documentary, from the “World of Mysteries” series. 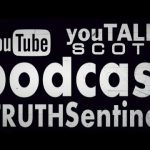 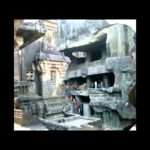