“Who is the Beast of Revelation?”

I get this question a lot, and it’s not an easy question to answer because it’s not one particular man or even a single governmental period. It instead is a worldwide conspiracy spanning the decades of time. The Beast is a political and military authority giving its power over to antichrist.

It has been happening for centuries. It started with the Holy Roman Empire, the Inquisitions, Communism, Fascism, and it continues to operate through secret societies and fraternal orders.

If we are going to understand the world in which we live, we need to stop allowing ourselves to be force-fed lies by the perpetrators of the crime. We need to be like the investigators of C.S.I. and solve the crime using evidence. Evidence comes in all types. Evidence is never a conclusion based on a theory.

Please watch this video. Pretend there was no Warren Report or “official story”. Pretend you are like a juror sitting in a trial and it is up to you to determine the guilt or innocence.

The word “conspiracy” has taken on a strange meaning in the public eye. In law enforcement, a conspiracy simply means two or more people planned and/or perpetrated an illegal act. The anti-conspiracy theory states Lee Harvey Oswald worked alone with no outside planning or assistance – a lone nut perpetrating a crime.

In the public eye, we convicted Osama Bin Laden of the 9-11 attack without a shred of proof. Even the FBI didn’t have the 9-11 incident included on his “10 Most Wanted” poster, because… “They didn’t have enough evidence tying him to the crime.”

Before retiring, I was a professional investigator. I literally investigated thousands of crime scenes and I can say this with all honesty, I can count on one hand the times the perpetrator was standing at the scene of a crime stating he or she did it. Instead, it takes time, a careful look at all evidence, and a process of matching evidence to hypothesis. If the evidence does not support a hypothesis, we get a new hypothesis.

The error begins and faulty conclusions are the result when we get an idea, and then stretch and force the evidence into the idea. And we come to evidence that does not fit within our original idea, we set the evidence aside as “not important.” This is poor sloppy work, yet this is what the vast majority of Americans accept because they are too lazy to look and evaluate the facts for themselves. 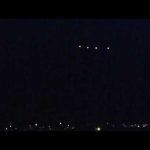 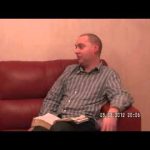 Tarot cards, Psychics… are they Real?

The Assassination of JFK Jr

Was there a cover-up to JFK’s assassination?