In the midst of all the strange things to happen right before Christmas, seeing a UFO in California may be one of the strangest.

Was it a UFO? Was it not? Can we call in Mulder on this one? It’s a reasonably good idea judging from what the CarterMatt team just saw in the sky in California on Friday. It was strange, it’s unexplained, and Scully probably would tell us not to worry about it. Yet, here we are. Whatever it was, whether it be a comet, some sort of aircraft, or the islands welcoming themselves after the recent reports via the Pentagon, it caught our attention and plenty others. We saw it, and we know that people as far away as Arizona also did. By far, this wins the award for strangest thing we’ve ever seen in the sky, period.

SpaceX is launching its last mission of 2017 later today, with a planned launch window of 5:27 PM PST (8:27 PM EST). The mission is for client Iridium, and will send a fourth set of 10 satellites into low Earth orbit for Iridium’s NEXT constellation, which will eventually consist of 75 satellites launched by SpaceX in total.

SpaceX is launching the Falcon 9 for Iridium-4 from California’s Vandenberg Air Force Base, where it has its Space Launch Complex 4E. It’ll be the 18th launch of a Falcon 9 for SpaceX this year – but it won’t include a recover attempt for the first stage, as the launch requirements include configuring the Falcon 9 used to be expended during the launch process.

The Falcon 9 first stage booster being used for the mission has been used before, however – it was flown during Iridium-2, the second mission that Spacex flew for this client, which took place in June. That means this rocket was turned around and ready for re-use in just six months.

If the mission today is scrubbed for any reason, SpaceX has a backup launch window on Saturday, at 5:21 PM PST. 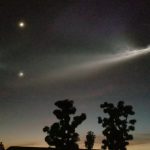 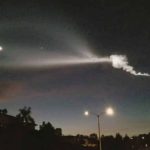