“A Wendigo (also known as windigo, weendigo, windago, windiga, witiko, wihtikow, and numerous other variants including manaha)[1] is a demonic half-beast creature appearing in the legends of the Algonquian peoples along the Atlantic Coast and Great Lakes Region of both the United States and Canada. The creature or spirit could either possess characteristics of a human or a monster that had physically transformed from a person. It is particularly associated with cannibalism. The Algonquian believed those who indulged in eating human flesh were at particular risk;[2] the legend appears to have reinforced the taboo of the practice of cannibalism. It is often described in Algonquian mythology as a balance of nature.

The legend lends its name to the disputed modern medical term Wendigo psychosis. This is supposed to be a culture-bound disorder that features symptoms such as an intense craving for human flesh and a fear the sufferer is a cannibal. This condition was alleged to have occurred among Algonquian native cultures,[3] but remains disputed.

The Wendigo legend has inspired a number of derived characters commonly found in modern horror fiction.” 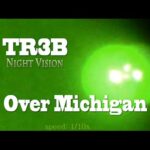 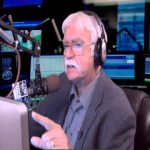