On January 3, 2004, a compact rover named Spirit, cushioned inside a pyramid of balloons, hurtled through the martian atmosphere and crash-landed on the dusty surface of Mars. Minutes later, Spirit sent its first message home. The elation of the assembled scientists, along with the much more involved engineering story leading up to the landing, were captured by NOVA producer Mark Davis in his popular documentary MARS Dead or Alive. That elation is the starting point for the sequel, “Welcome to Mars.”
“Welcome to Mars” follows the Mars rovers Spirit and Opportunity from the second they crash-land on the planet to many months into their ongoing mission. Davis covered the story from NASA’s Jet Propulsion Laboratory as it unfolded and provided a unique, behind-the-scenes take on this voyage of discovery, whose primary goal is to find evidence that liquid water once existed on Mars.
The mission has had its share of drama. The first two weeks after Spirit’s landing were euphoric, with fantastic new images arriving every day. But just a few weeks into its mission, Spirit suddenly went silent … and then, inexplicably, started spewing gibberish. For three agonizing days Spirit’s engineers worked around the clock, trying to regain control of the unhinged rover. In the darkest hour, many feared that Spirit was doomed. Then, just hours before Opportunity began its own fiery plunge to the surface of Mars, engineers finally discovered the problem—a simple memory overload—and saved Spirit from an early death.
The unfolding science has been equally compelling. With Spirit back up and running, the scientists turned their attention to the arrival of its twin,Opportunity. After tearing through the martian sky and bouncing on the surface for several minutes, Opportunity rolled into a small, shallow crater at the site called Meridiani. Early the next day, the first color postcard arrived, and the scientists were stunned to see an outcrop of layered bedrock just a few yards away. Bedrock is the holy grail of geologists, holding an unambiguous record of geological history. This was the first martian bedrock ever photographed at close range.
Confronted with this gift, the science team collected provocative clues that they believed could prove there was once water on Mars. The race to collect the data has been both physically and emotionally grueling. With two rovers on opposite sides of Mars, two science teams work in alternating shifts around the clock. Each rover’s day begins when the sun comes up on its side of Mars, and the scientists on Earth live on the same schedule. The martian day is 39 minutes longer than an Earth day, and within a few weeks everyone was in the grip of unrelenting martian jet lag.
The competing scientific interests, the thrill of discovery, and the accumulating stress has kept everyone on an emotional rollercoaster. A high point arrived a little more than a month into Opportunity’s mission. The evidence at Meridiani added up, and NASA was able to announce that, after 40 years of speculation, solid proof was finally in hand that Mars was once awash in water. 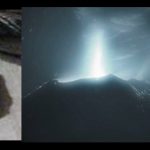 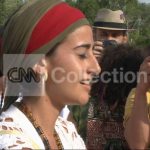