We Believe The Earth Is Flat: CONSPIRACIES UNCOVERED

THERE is an ever-growing community of people who reject scientific wisdom and insist that the world is FLAT. Nathan Thompson, 31, a network marketer based in Orange County, California, set up the Official Flat Earth and Globe Discussion group on Facebook in June 2016. The group now now boasts more than 42,000 members and even Nathan has been taken aback by its rapid growth. These ‘Flat Earthers’ believe that our planet is encircled by a giant, heavily-policed ice wall and that gravity is just an unproven theory. They also claim that NASA is a fraudulent organisation and that all the photographs and video footage we have from space are computer-generated imagery (CGI). And while their views may sound far-fetched, the movement has attracted a number of celebrity adherents in recent months, including rapper B.o.B., former reality TV star Tila Tequila and basketball legend Shaquille O’Neal.

For more of the amazing side of life: 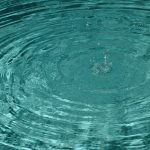 What type of rain does it rain on the other planets?
Previous Post
What Would Happen if the Earth Stopped Spinning?
Next Post 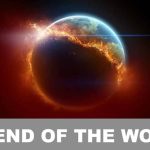