The Mystery of The Voynich Manuscript 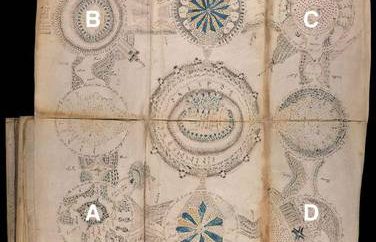 On one of Yale’s Beinecke Rare Book and Manuscripts Library’s shelves lies the world’s most confusing book that continues to trick scholars, linguists, cryptographers, physicists, and even computer scientists! The ancient book is known as the Voynich Manuscript and is history’s one of the most popular mysteries.

This medieval codex with 240-pages and a mystery running over for more than half a millennium is written in an illegible language, ornamented with eccentric drawings of unknown plants, naked women, and astrological symbols.

What’s So Intriguing About Voynich Manuscript?

Over the years, countless codebreakers and language experts have made failed attempts to solve the mystery of Voynich Manuscripts. Measuring 23.5 by 16.2 cm in length and breadth with a thickness of 5 cm, this book consists of 240 vellum pages (made of cow’s skin), feature texts written in looping handwriting, and hand-drawn images presumably copied from a dream.

The Voynich Manuscript holds texts and words that no one has ever been able to recognize with illustrations of real and imaginary plants, floating castles, zodiac signs, bathing women, and astronomical symbols with faces.

Though the texts are an enigma to everyone, scholars have tried to classify the content of the book by categorizing these illustrations into six groups: botanical, biological, pharmaceutical, astrological, cosmological, and recipes. However, these drawings have no effective contribution to understanding the essence of this mysterious book.

The book has no author name or title. It came to light in 1912, when a Polish rare bookseller, Wilfrid Voynich came across this strange book in Italy. Like everyone else, he was also puzzled by the contents of the manuscript and wondered about its originality. Wilfrid then bought the book and brought it to the US for further examinations, where scholars have continued to stump over it for more than a hundred years to extract a little equivalent to nothing.

What Distinct Characteristics Does The Voynich Manuscript Hold?

According to the cryptology studies, the manuscript has all the elements of a real language, but no one has ever seen one written in such a manuscript. Similarities in the Voynich Manuscript and other real languages, such as the frequent appearance of letters and groups of letters, indicate its authenticity to be an actual language. In Voynich Manuscript, the language has patterns that you wouldn’t expect from a randomly scribbled document.

The letters in the Voynich Manuscript vary in height and style. Some seem to be taken from other scripts, but most of them are unique. There are taller letters, named as Gallos Characters, grouped with looping, small letters running throughout the manuscript with hand-drawn scroll-like elaborations for decoration purposes. It seems to be written by two or more people with illustrations made by another person.

What Speculations Have Been Made So Far?

Any mystery gives birth to several speculations and so does the Voynich Manuscript. Over the years, three major theories about the Voynich language have come out to discover the purpose of its existence.

The first is that it might be written in cipher, i.e. a deliberately generated secret language or blend of letters to make a code for hiding secret meanings.

The second theory proposes that the document is a fraud, a hoax created out of gibberish to scam easy buyers and make money. Many assume that its author might be a medieval con man, while some assume Voynich himself to be the writer.

The third theory says that the Voynich Manuscript is real and an encyclopedia of a lost culture. Believers of this idea, claim that the manuscript is written in a legit language, but a never-seen-before script. Probably, scholars of ancient times attempted to structure a language that was being spoken but had no script yet. They might have tried to create unique alphabets that eventually led to creating one of the greatest mysteries of all time.

Who Is The Writer Of This Strange Book?

Who wrote the Voynich Manuscript is a huge part of its mystery. Since it has no author name on it, we can only make assumptions about it. While the majority believe that the creators of the manuscript were ancient scholars of an unknown culture, others have come with different names to ascribe its authorship.

First was Roger Bacon, a 13th-century philosopher, who according to some opinions, tried to understand the adaptable laws of grammar and created a distinctive language in the attempt.

If not him, then the writer could be John Dee, the 16th-century mystic belonging to the practitioners of alchemy and divination in the Elizabethan era. Inarguably, the illustrations of plants and herbs could be the reason why people think so.

But these unusual illustrations and undecipherable texts have also inspired folks to propose that the book is written by a cult of Italian witches, or even by beings outside of this world.

Breakthroughs And What We Know So Far?

Though no one can’t yet understand what the manuscript says, a century of intense studies and frustration have been successful in shedding a little light on the Voynich mystery. Scientists have carbon-dated the book to around 1420.

Also, historians and researchers of contemporary times have outlined the origin of the book from the ancient Roman period to 1612. As suggested, the manuscript was owned by Roman Emperor Rudolf II, who then handed over it to his physician, Jacobus Sinapius.

Next in line with these discoveries, language scientists have recently claimed to have roughly identified the meaning of some of the words from the manuscript, such as the Voynich word for Taurus constellation or the specific word dedicated to the Centaurea-looking plant.

All these breakthroughs may seem insignificant in front of this age-long, giant mystery, yet are interesting discoveries, and will continue to encourage curious minds in seeking the truth behind the Voynich Manuscript. Now we might not know what future secrets and knowledge are doodled into its letters and diagrams for us, but whatever it contains, it will be something very fascinating and amusing for sure. 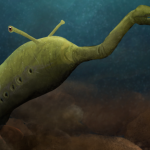