Unraveling the Mysteries of Dark Energy with NASA's WFIRST

Scientists have discovered that a mysterious pressure dubbed “dark energy” makes up about 68 percent of the total energy content of the cosmos, but so far we don’t know much more about it. Exploring the nature of dark energy is one of the primary reasons NASA is building the Wide Field Infrared Survey Telescope (WFIRST), a space telescope whose measurements will help illuminate the dark energy puzzle. With a better understanding of dark energy, we will have a better sense of the past and future evolution of the universe.

Astronomers have measured the rate of of the universe’s expansion by using ground-based telescopes to study relatively nearby supernova explosions. The mystery escalated in 1998 when Hubble Space Telescope observations of more distant supernovae helped show that the universe actually expand ed more slowly in the past than it does today. The expansion of the universe is not slowing down due to gravity, as everyone thought. It’s speeding up.

While we still don’t know what exactly is causing the acceleration, it has been given a name — dark energy. This mysterious pressure remained undiscovered for so long because it is so weak that gravity overpowers it on the scale of humans, planets and even the galaxy. It is only on an intergalactic scale that dark energy becomes noticeable, acting like a sort of weak opposition to gravity.

What exactly is dark energy? More is unknown than known, but theorists are chasing down a couple of possible explanations. Cosmic acceleration could be caused by a new energy component, which would require some adjustments to Einstein’s theory of gravity — perhaps the cosmological constant, which Einstein called his biggest blunder, is real after all.

Alternatively, Einstein’s theory of gravity may break down on cosmological scales. If this is the case, the theory will need to be replaced with a new one that incorporates the cosmic acceleration we have observed. Theorists still don’t know what the correct explanation is, but WFIRST will help us find out.

This video is public domain and along with other supporting visualizations can be downloaded from the Scientific Visualization Studio at: http://svs.gsfc.nasa.gov/13314 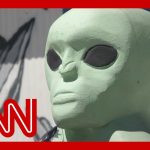 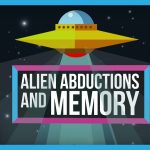