Home  /  Documentaries  /  Aliens And Ufo's  /  Everything Else Alien  /  UFOs: The Surprising Places Where Americans Are Reporting The Phenomenon

UFOs: The Surprising Places Where Americans Are Reporting The Phenomenon

www.undergroundworldnews.com
On March 13, 1997, near Phoenix, five — or maybe seven — bright lights appeared in the night sky in a “V” formation, like a strange flock of birds. Local news outlets were flooded with reports of what is now known as the Phoenix Lights, one of the more tantalizing “mass sightings” in the past few decades for those who Want To Believe.

“My wife and I were walking our dogs on the south side of South Mountain in the mountain park when we saw the ufo come over the mountain at low altitude,” one account reads. “It was s i l e n t and had 5 white globes along the leading edge of a black triangle shaped object which blacked out the stars and was about a mile wide.”

But there’s another way to see the Phoenix Lights: According to a new map plotting more than 90,000 sightings from the National UFO Reporting Center’s database, it’s one of the most widely reported sightings of the past several decades. 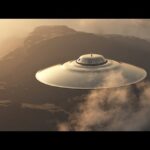 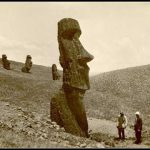