The Internet is abuzz over a NASA photo of the Martian surface, which according to discussions on countless UFO forums shows an “alien UFO mothership.”

According to the Inquistr, UFO hunter UFOvni2012 saw the alien spaceship in a published photo of the Martian terrain taken by NASA’s Mars Global Surveyor (MGS). “If we take a look at the crash site we see that the UFO, which is approximately 190 meters wide, impacted the surface at a low angle, ending up half buried in the Martian soil,” UFOvni2012 said in his YouTube video presentation of the alleged evidence of alien technology on Mars, entitled “UFO Crash Site on Mars, 190 Meters Wide Alien Spacecraft (MSSS).”

In this three-minute video uploaded on November 21, UFOvni2012 further detailed that the alien spacecraft was first spotted in the Medusa Fossae, a geological formation located at roughly 5°S 213°E, near the Tharsis and Elysium volcanic areas of the Red Planet.
On the contrary, as far as NASA scientists are concerned, the long and turned landing tracks left behind from the craft show that the ship crash landed as gently as it could.

In his book, UFO Investigation Manual, Nigel Watson said that the image of a spaceship could well be an alien spacecraft abandoned due to spacecraft problems. It could also be a geological formation that appears like a spaceship.

For scientists, people claiming to see strange objects, such as a UFO on Mars, is simple a case of pareidolia. Explaining the phenomena, an article by the Daily Mail explains this as a psychological response to seeing faces and other significant and everyday items in random places.
So, how do we know when it’s a hoax or not?

“When we do eventually get there, say in 2033 as the National Geographic Channel’s Mars TV series suggests, it’ll be fascinating to get a close-up view of these so-called alien artefacts, spacecraft and bases to find out the truth of the matter first hand,” said Watson, Science World Report writes.
But until the day man successfully lands on Mars, UFO sightings, such as this one, will remain a great mystery.
Tagsalien, Alien hunters, UFO, spaceship, Mars, NASA, aliens on mars, UFO sighting

Thank you for the story: NatureWorldNews.com

Thank you for the video: UFOvni 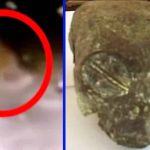 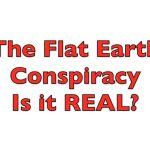 Flat Earth Conspiracy Is it REAL? How to detect a TRUE conspiracy #flatearth #conspiracy